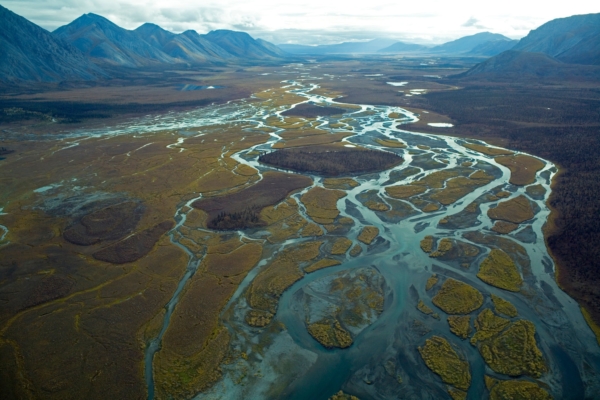 [Episcopal News Service] Episcopal leaders are stepping up their calls to protect the Arctic National Wildlife Refuge in Alaska after the Trump administration announced Aug. 17 it was moving forward with plans to sell drilling leases on part of the nearly 20 million-acre preserve to oil companies.

The refuge is a major caribou birthing ground and is considered sacred by the Alaska Natives who hunt the caribou when the herds migrate south. In 1980, Congress earmarked 1.57 million acres of the refuge’s vast coastal plain to energy exploration, starting a fight that has carried on ever since.

The Episcopal Church has been on record opposing drilling in the refuge at least since 1991, and the church has intensified its advocacy in recent years as President Donald Trump has pushed for new drilling.

In the latest development, the Interior Department announced it had completed the reviews necessary to begin auctioning off drilling leases to energy companies, possibly by the end of this year.

“This administration has done nothing but disrespect the Indigenous peoples that have occupied these lands,” Bernadette Demientieff, an Episcopalian, said in a statement released Aug. 17 by the Gwich’in Steering Committee, of which she is executive director. “Our ways of life, our food security and our identity is not up for negotiation.”

The Gwich’in, mostly Episcopalians because of the church’s early missionary work in the region, are one of the largest Native communities in Alaska. Those who live in the small villages of the Alaskan Interior still follow many of the traditional subsistence ways of life that their families have for thousands of years, though that lifestyle now faces environmental, cultural and economic threats.

“The fight is not over,” said Demientieff, who also serves on The Episcopal Church’s Task Force on Creation Care and Environmental Racism. She alluded to the ongoing legal battle over the refuge, which could delay any drilling there for years.

Trump has emphasized drilling in the Arctic as a way to promote America’s “energy dominance,” and many in Alaska, including some Alaska Natives, support that plan because of the new jobs it could bring to the state. The economics shifted this year, however, as the coronavirus pandemic created volatility in the energy sector, sending oil prices sharply lower starting in March. 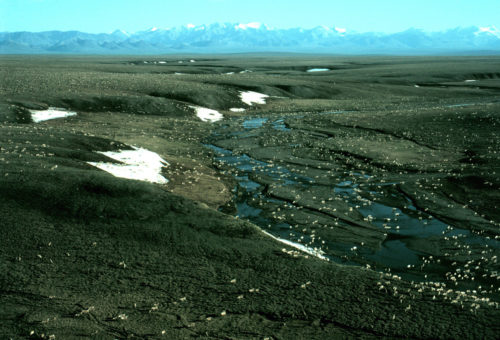 The Porcupine Caribou Herd in the 1002 area of the Arctic National Wildlife Refuge Coastal Plain, with the Brooks Range mountains in the distance to the south. Photo: U.S. Fish & Wildlife Service

The Rev. Melanie Mullen, The Episcopal Church’s director of reconciliation, justice and creation care, cited the pandemic in questioning the administration’s continued focus on oil exploration.

“In this time of COVID-19 – and nationwide calls for racial justice – it is especially disturbing that our government is still ignoring voices and witnesses of Indigenous people,” Mullen said in a written statement to Episcopal News Service. “Alaska citizens and Episcopalians in Alaska are clear that ANWR drilling jeopardizes the health and wellbeing of their communities. For our Gwich’in siblings, destroying the caribou herding grounds is a spiritual and social assault.”

The plight of the Gwich’in figured prominently in discussions at the 79th General Convention in 2018 about protecting the environment. Demientieff spoke about the refuge that year during a joint session on care of creation.

The House of Bishops responded by passing a resolution acknowledging “with open and broken hearts” the threat that oil drilling poses to the Gwich’in way of life, echoing similar sentiments expressed by the bishops during their September 2017 meeting in Fairbanks, Alaska.

General Convention also passed a resolution in 2018 reaffirming the church’s broad commitment to environmental justice work, with an emphasis on “poor communities, those who live closest to the land in subsistence cultures and members of marginalized ethnic groups.”

“General Convention and Executive Council have spoken repeatedly about The Episcopal Church’s commitment to finding healthy alternatives to extraction,” Mullen said. “We don’t make wealth for the few off the backs of working people and struggling communities.”

Alaska Bishop Mark Lattime said in a written statement to ENS that he worried what expanded drilling in the Arctic could mean for future generations of Gwich’in and the caribou they rely on.

“I pray that The Episcopal Church remains faithful in standing with the Gwich’in and the caribou, too,” Lattime said. “As remains our practice, we will listen to the elders and honor their guidance on how best to advocate for their way of life. This year more than any, the best advocacy will take place at the ballot box.”

The Episcopal Church’s Washington-based Office of Government Relations encouraged Episcopalians to get involved in the issue by following the Gwich’in Steering Committee and signing up for alerts from the Episcopal Public Policy Network.

“For decades, The Episcopal Church, a majority of the American public and members of Congress have opposed drilling in the refuge,” the Office of Government Relations said in a written statement to ENS. “We are deeply grieved that this pristine natural habitat – and source of life for our Gwich’in siblings – is under threat.”

The push for more oil exploration seems particularly misguided at a time when communities around the world are increasingly threatened by the potential effects of climate change, said the Rev. Stephanie Johnson, chair of the Task Force on Creation Care and Environmental Racism.

“We should be stepping away from all this oil exploration and going toward renewables,” Johnson said in an interview with ENS. She is rector at St. Paul’s Episcopal Church in Riverside, Connecticut, which was hit hard this month by Tropical Storm Isaias. The storm knocked out power, in some cases for days, and it downed several trees at St. Paul’s, nearly destroying the congregation’s vegetable garden.

As for drilling in the Arctic National Wildlife Refuge, she said, “it’s incomprehensible, to think about the impact on the land there and the people and the animals.”