Shahan, a native of Kansas, was the Diocese of Arizona’s fourth bishop. A funeral in Kansas is being planned.

The following is the text of the death announcement posted Aug. 15 to the Diocese of Arizona’s website.

It is with sadness we announce that the fourth bishop of the Episcopal Diocese of Arizona, Robert Reed Shahan, Ph.D., D.D., died on August 14, 2020 in Kansas. Bishop Shahan was born October 18, 1939, in Elkhart, Kansas, the son of John and Freda Shahan. 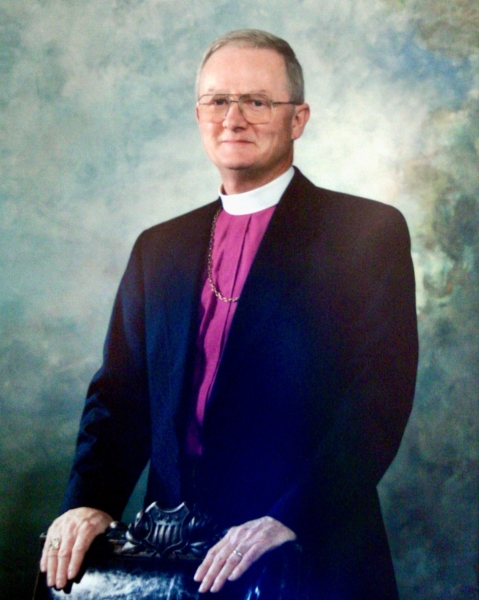 A lifelong Episcopalian, Bishop Shahan entered seminary at Nashotah House, Nashotah, Wisconsin, in 1970, after serving eight years in the U.S. Navy and a year as a market analyst with Hershey Foods Corporation.  He received the Master of Divinity degree from Nashotah House in 1973.

He was ordained to the priesthood in 1973 and served several parishes, a seminary and a day school: as vicar of St. Alban’s Church, Muskegon, Michigan (1973-1975); assistant dean for student services and administration, and assistant professor of church administration and preaching at Seabury-Western Theological Seminary (1975-1981); priest-in-charge at St. Francis Church, Chicago (1976-1981); rector of St. Thaddeus Church and president of Mead Hall Episcopal School in Aiken, South Carolina (1981-1984); and dean of Grace Cathedral, Topeka, Kansas (1984-1992).

On May 2,1992, the Diocesan Convention of the Episcopal Church in Arizona elected Shahan to become bishop coadjutor for the diocese. He was ordained and consecrated a bishop of the Church on October 3, 1992, and became Bishop of Arizona on December 9, 1992. After his time as the Bishop of Arizona, he and his wife, Mary Carol, retired to Lenexa, Kansas.

Bishop Shahan served on two national boards for the Episcopal Church: the Audit Committee and the General Convention’s Standing Committee for Program, Budget and Finance. He also was chosen to serve as one of five Episcopal bishops on a November 1994 pilgrimage for unity to Canterbury and Rome, which included special meetings with Archbishop of Canterbury George Carey and Pope John Paul II.

He is survived by his wife, Mary Carol, whom he married in 1963; two daughters, Sarah and Susannah; and several grandchildren.

“We are keeping Bishop Shahan and his family in our prayers. Many Arizona Episcopalians remember his years as bishop, and we are still benefiting from his wise stewardship of our diocese,” said Bishop Reddall.

The celebration of Bishop Shahan’s life will be at 11:00 a.m. (CDT) on Friday, August 21, 2020, at St. Thomas the Apostle Episcopal Church in Overland Park, Kansas. The service will be available via livestream.

If you would like to send condolences, address them in care of St. Thomas the Apostle’s church office (12251 Antioch Rd., Overland Park, KS 66213).

Into your hands, O merciful Savior, we commend your servant Robert. Acknowledge, we humbly beseech you, a sheep of your own fold, a lamb of your own flock, a sinner of your own redeeming. Receive him into the arms of your mercy, into the blessed rest of everlasting peace, and into the glorious company of the saints in light. Amen.

May his soul and the souls of all the departed, through the mercy of God, rest in peace. Amen.