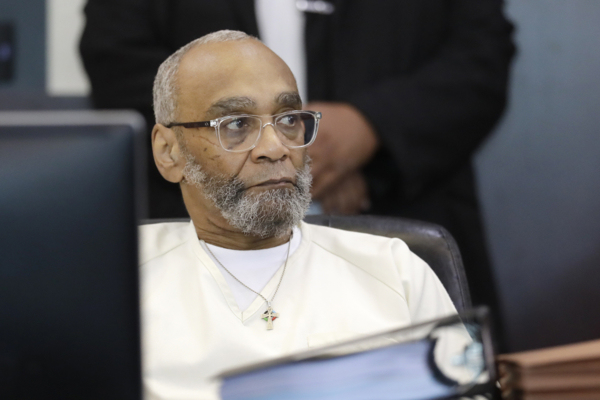 [Episcopal News Service] Abu-Ali Abdur’Rahman, on Tennessee’s death row since a 1987 murder conviction, was confirmed in 2014 as an Episcopalian by Tennessee Bishop John Bauerschmidt. Christ Church Cathedral in Nashville counts the 69-year-old Abdur’Rahman as one of its parishioners, and Episcopalians there regularly visit him and are among the most dedicated supporters of his legal team’s efforts to stop his execution.

Now Abdur’Rahman’s supporters, after sharp turns in the case last year, are looking ahead to a June hearing before the state’s Court of Criminal Appeals and praying that the life of the man they call “brother” eventually will be spared.

Those efforts appeared to have succeeded last year. In August, a Davidson County judge approved an agreement between prosecutors and Abdur’Rahman’s lawyers to change his sentence to life in prison because renewed scrutiny of the original prosecutor’s handling of the case cast doubt on the fairness of Abdur’Rahman’s trial.

“I’m very thankful to God for this good news about Abu,” Bauerschmidt told the Tennessean after the judge’s decision. “The Episcopal Church has long spoken against the death penalty through resolutions of our General Convention.”

Bauerschmidt and other Episcopalians who have gotten to know Abdur’Rahman thought the case was over. It wasn’t.

The following month, Tennessee Attorney General Herbert Slatery’s office filed an appeal seeking to reverse the agreement, saying it “uproots decades of established legal procedure and lacks any legal justification.” Slatery argued for keeping the state’s schedule to put Abdur’Rahman to death on April 16, 2020, though his execution has been stayed while the appeal is pending.

The Episcopal Peace Fellowship also has taken up Abdur’Rahman’s cause. Last month, its Death Penalty Abolition Action Group pointed Facebook followers to a petition drive at JusticeforAbu.org, “in case we need to go to the governor” to commute his sentence, the website says.

For Nashville Episcopalians, the cause is personal. “He’s my brother,” Christ Church Cathedral parishioner Ed Miller told Episcopal News Service this week. “I want to care for him as a brother.”

Miller, a lawyer, was just getting involved in advocacy against the death penalty when he first met Abdur’Rahman in 2012 during a prison visit. Miller now assists Abdur’Rahman’s clemency team and had been seeing him regularly until the coronavirus pandemic ended inmate visitations at Riverbend Maximum Security Institution, where all 50 men on Tennessee’s death row are held.

During Miller’s visits, he and Abdur’Rahman cover a range of topics, legal and spiritual. “I may talk to him about what’s happening at the church,” Miller said, and Abdur’Rahman readily welcomes more expansive conversations about spirituality. He converted from Christianity to Islam soon after his conviction and death sentence, before again becoming a Christian and joining The Episcopal Church more than two decades later.

“If you want to have a religious conversation with him, you can have it,” Miller said, “because he probably knows about the different religions as well as anybody I’ve ever talked to.”

Abdur’Rahman is “an engaging character” with an “infectious smile,” the Very Rev. Timothy Kimbrough, dean of Christ Church Cathedral, said in an interview with ENS. Like Miller, he has visited Abdur’Rahman for years and finds him easy to talk to. “You leave a visit ready to see him the next time.”

The cathedral’s visitation ministry at Riverbend in Nashville and other prisons in the region was already established when Kimbrough became dean in 2009, and he has been outspoken in taking up the church’s call to oppose the death penalty. Kimbrough counsels parishioners who visit Abdur’Rahman and other death row inmates that this ministry is not about guilt or innocence.

“You’re not here to hear the person’s story, to weigh it somehow in your own mind’s eye whether this person should or should not be incarcerated or sentenced to death based on the facts or the testimony of the case,” Kimbrough said in an interview with ENS. “We are at this because when we meet with the incarcerated, we meet with Jesus. We are there because we see and hear Jesus.”

He also emphasizes The Episcopal Church’s clear stance against capital punishment, as reaffirmed several times at General Convention since 1958. Most recently, the 79th General Convention in 2018 passed new a resolution that calls for all death row inmates’ sentences to be reduced and enlists bishops in states where the death penalty is legal to take up greater advocacy.

Later in 2018, that advocacy intensified in Tennessee when the state resumed executions after a nearly decade-long hiatus, prompting demonstrations that were joined by Episcopalians from Christ Church Cathedral. Despite such opposition, six death row inmates have been put to death by the state in the past two years.

In 1987, Abdur’Rahman was convicted along with an accomplice in the stabbing death of Patrick Daniels. The victim’s girlfriend also was injured but survived, while her two daughters in another room were unharmed. Since then, Abdur’Rahman’s legal team has argued that key evidence wasn’t introduced at the trial, evidence that suggested Abdur’Rahman was less culpable in the attack than the other attacker.

The original prosecutor, John Zimmerman, showed “overt racial bias” and “engaged in a pervasive pattern of suppression and deception,” according to Nashville District Attorney Glenn Funk, who recommend changing Abdur’Rahman’s sentence to life in prison.

When Judge Monte Watkins agreed to take Abdur’Rahman off death row, “we really thought this was the successful end to a long, long, long battle, and everyone was thrilled and excited and relieved,” Linda Manning told ENS. Manning has visited Abdur’Rahman for 20 years as a volunteer spiritual adviser and is familiar with the twists in his case over the years that alternatively gave rise to hope and disappointment.

“This one felt like it was the real deal. It really was going to happen,” she said. Instead, she and others in Abdur’Rahman’s camp were shocked by the attorney general’s rapid appeal of the change in sentence.

Abdur’Rahman, however, isn’t giving up, Manning said. “He has this incredible hope and faith in an ultimate outcome that sustains himself.”

Manning is a semiretired Vanderbilt University professor with a background in psychology. She grew up in The Episcopal Church and said that her Christian upbringing still forms a core part of her spirituality, though these days she practices Buddhism rather than attending church. She thinks her winding spiritual journey helped her form a connection with Abdur’Rahman.

“He is a very kind person, very concerned about others and their needs,” she said. “He is deeply spiritual. His spirituality is strongly connected to nature and the notion that we are all one, one community. … He is as much my spiritual adviser as I am his.”