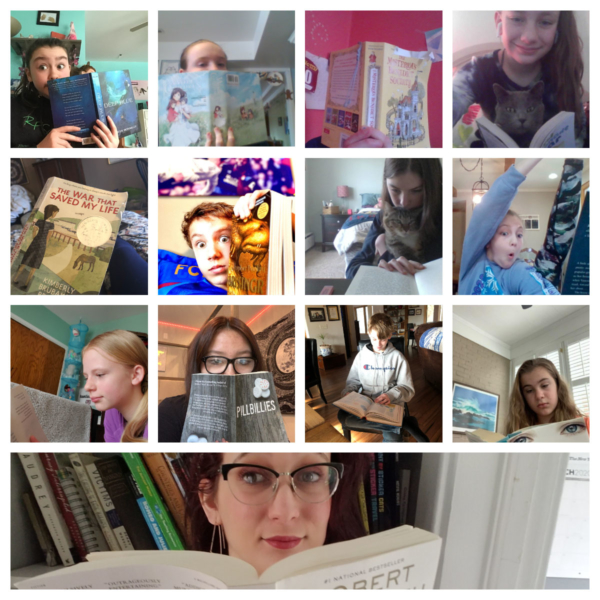 [Episcopal News Service] “As a boarding school, one of the things you never plan for is not having your students on campus,” Head of School Matt Cavellier recently told Episcopal News Service. But with the coronavirus in all 50 states, Cavellier’s school, Shattuck-St. Mary’s School in Faribault, Minnesota, is just one of at least 124,000 affected by the pandemic: Its campus is closed for in-person learning and will be for some time.

These days, Shattuck-St. Mary’s School’s 449 students learn from home, the majority in different states and countries. Three days a week they’re on their own time, while two days a week they attend virtual classes together. The Episcopal school, like others with boarders, considered time zones and location, as well as technology equity, as they transitioned to distance learning at the end of March.

Cavellier acknowledged that private school students, on the whole, are more privileged than their public school counterparts; some schools’ one-to-one laptop or tablet programs have made moving online easier. Nonetheless, all of the schools that spoke with ENS have asked specifically about their students’ home equipment and internet access. They have also accounted for countries’ varying online resources: Shattuck-St. Mary’s School has connected parents with messaging apps WeChat in China and Kakao in South Korea.

Like at Shattuck-St. Mary’s, administrators at St. Andrew’s School in Middletown, Delaware, were caught off guard when they had to ask their all-boarding student body of ninth through 12th graders not to return from their spring break on March 17 as planned. With its students still away, the school took three days to collect itself and to figure out a distance learning plan.

“As an institution, we had never planned for something like this,” Dean of Teaching and Learning Elizabeth Roach recently told ENS. In short order, St. Andrew’s School devised an inaugural distance teaching formula based on its everyday online systems (online learning platform Canvas, Gmail, Google Docs and Google Drive). The school added in an education plan of the now-ubiquitous video conferencing platform Zoom. Its 306 students had left campus planning to return; 16% are from outside the United States. On March 18, they distributed a student needs survey and, based on the responses, sent students the books and materials they’d left in their dorm rooms.

“Of course, some international students couldn’t get their books, so we were sure to either get PDF copies or get things sent to them, or make things available the best they could,” said Roach.

Over the past month, similar shuffling and planning have unfolded at Episcopal schools throughout the United States. As schools have wrestled with difficult decisions around reopening after break, sending boarding students home and halting in-person classes, “What we’re finding is that every school’s challenges are a little bit different,” said Brad Rathgeber, head of school and CEO of One Schoolhouse, a nonprofit that provides online courses and programs and trains teachers in distance learning. In general, he said, schools’ biggest challenge over the past three or four weeks has been launching their distance learning programs.

Rathgeber noted that, as the coronavirus spread, some schools lacked even the basic foundations to enable distance learning, namely an online learning management system such as Google Classroom or Moodle. All of the schools that ENS spoke with had that in place, as well as email — yet differences remained. 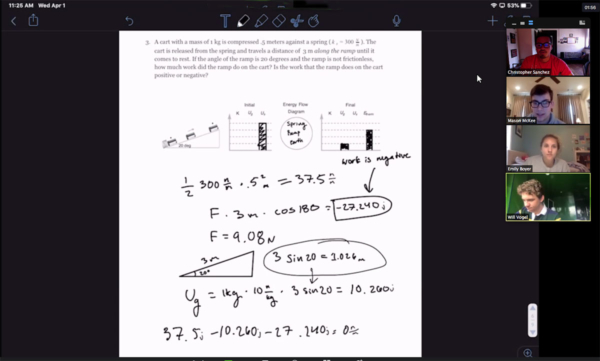 The H1N1 pandemic prompted Episcopal Day School in Augusta, Georgia, to prepare for the possibility that its 365 students, who are local 2½-year-olds through eighth graders, might someday for some reason all need to stay home. According to Head of School Ned Murray, the school community practiced cyberdays, during which students learn remotely. The school’s team took March 16 off from teaching to prepare, then began distance learning the following day. It’s gone smoothly, but “even still, this was a monumental task,” he said.

At Oregon Episcopal School, increasingly intense winters and the prospect of a major earthquake were reasons to do “foundational work on distance learning,” said Peter Kraft, associate head of school and upper school English teacher. As COVID-19 spread just three hours’ drive north in Seattle, Washington, Kraft and others at the day and boarding school of 870 students in pre-K through 12th grade began preparing to possibly send their boarding students home and teach their entire student body remotely. After two weeks of readying, the Oregon school went online in two stages beginning March 23.

Meanwhile, Shattuck-St. Mary’s School, in Minnesota, hadn’t anticipated the technological leap required to continue teaching. Nonetheless, Cavellier feels the school was reasonably positioned for distance learning because its current blend of synchronous (in which students participate at the same time) and asynchronous (in which students can complete activities at their convenience) learning is “kind of how our school has worked for our blended class anyways.” 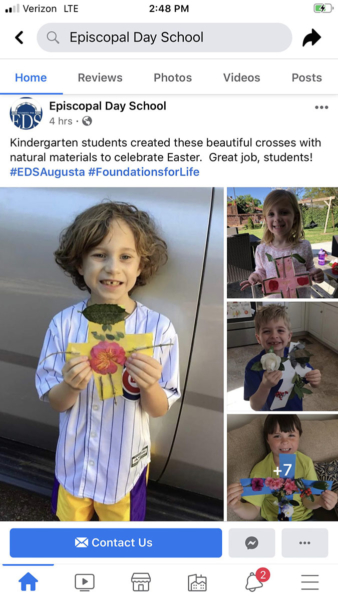 Now, at Shattuck-St. Mary’s and beyond, teachers are figuring how best to use their bolstered online platforms. Each school decided upon guiding principles, or priorities, and moved forward from there. At Episcopal Day School, whose students vary widely in age, “We have spent a lot of time … looking over the developmental continuity of our expectations,” as they’ve planned for this eventuality, said Murray. “There are a lot more challenges to engaging a 2½- or 3-year-old outside the classroom and through distance learning than it is a 10-year-old or a 12-year-old.” Teachers with older students are mindful of the energy required for a Zoom class. They are also adapting their offerings to fit both the delivery method and the larger human context.

“Some of our students are working, taking care of their younger siblings at home, all sorts of things, so we wanted to make that reasonable,” said Roach, from St. Mary’s. “At the same time, we also wanted to make sure we were teaching and they were learning the essential skills in the disciplines, so that required a redesign of our courses.”

Even as schools have continued teaching, grades have taken a backseat in nearly all cases to the top priorities of community and students’ emotional well-being. At Shattuck-St. Mary’s, the first week online was dedicated almost entirely to community building, while St. Andrew’s School has developed procedures with an angle of care and flexibility.

“Something that might have otherwise been a disciplinary issue — now it’s an advising issue, or the follow-up is checking in: [Is] everything OK? Did you get the link to today’s worksheet?” said St. Andrew’s English teacher Gretchen Hurtt, who is also dean of studies. And to maintain community bonds and a sense of normalcy, most schools have also moved daily school-wide morning greetings, chapel, and advisory into the virtual sphere.

“There’s a lot of things that are more important than simply academics and content, and we know our kids are going through kind of a trauma here,” said Cavellier. “School … shifted, but the way that they were experiencing it has ended, at least for a while,” he said, adding that he wants those in his school community to feel OK acknowledging any grief they feel.

That grief, as well as the pandemic behind it, if not unprecedented is beyond most people’s experiences — unlike a snow day or a school maintenance issue. The COVID-19 outbreak affects everyone, making administrators worry for faculty and staff.

“It’s the most challenging and complex issue or moment in my 40 years of teaching. It is by far the most complex moment because so much of it is how we are all managing it psychologically. … [Faculty] are teaching with their young kids at home, who are also trying to learn online,” said Roach. 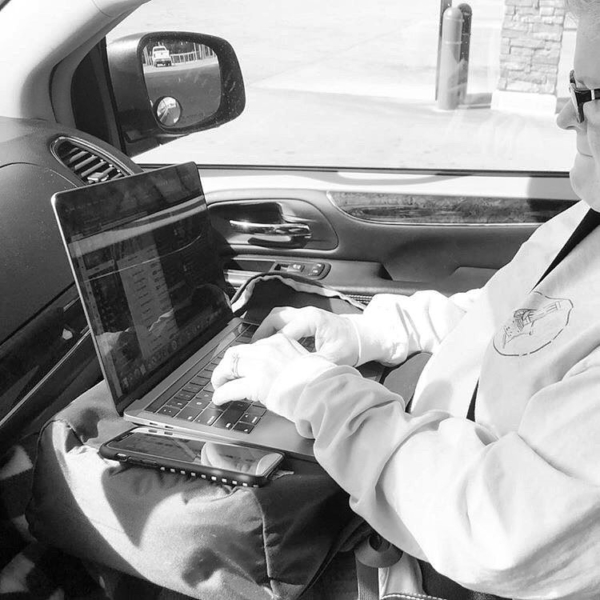 Beth Crook, technology project manager at St. Andrew’s School, works in her car in the lead-up to the launch of virtual teaching and remote learning at the Episcopal all-boarding school in Delaware. Photo courtesy of St. Andrew’s School

Amid the logistical, pedagogical and emotional layers, shifting to distance learning has proven a herculean task. “Those first two weeks were probably the most difficult we’ve ever had in our careers,” said Murray, whose Episcopal Day School had prepared so diligently for this very eventuality.

On the whole, whether one, two or three weeks in, Episcopal schools report that the hard work is paying off: Students are showing up for their Zoom classes and logging in to complete their virtual work. Importantly, seeing grids of each other’s photos on screens has buoyed students and faculty alike. Moreover, “there is a group of students who are thriving in this environment,” said Murray. Others agreed. Introverts who wouldn’t speak up in person have new options, and the virtual environment lends itself to individual and small-group help. “We’ll have to reflect on that,” he added.

As educators, students and families find new communal rhythms, Rathgeber recommends that administrators and faculty keep things simple, do what they already know how to do and transmit calm to their communities. He notes that, as new phases arise, so will new challenges, notably, finding new ways of supporting students.

Above all, he urges schools to keep emotional and social well-being at the core of their work by creating community and building trust. “And I think that that’s honestly where Episcopal school leaders can do just amazing work,” he said. “In Episcopal schools, you just think about the pastoral care that we need to give to the community so effectively and well. We can translate a lot of those practices to the online space.”