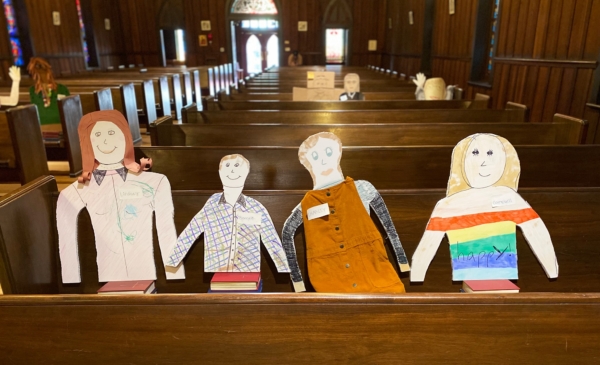 [Episcopal News Service] Livestreaming a worship service from an empty church can be a lonely experience for clergy, and the sight of empty pews is a visual reminder of the isolation many are experiencing during the COVID-19 pandemic. An Arkansas church has found a solution: cardboard parishioners.

St. Paul’s Episcopal Church in Fayetteville has invited its parishioners to make cardboard cutouts of themselves to put in the pews so that livestream worship services will look less empty and the priests can once again preach to a crowd of familiar faces – even if they’re drawn in marker.

The idea started as a way to give the parish’s parents something fun for their stir-crazy children to do that would keep them connected to their church while they’re unable to gather there.

“Our staff was trying to think of creative ways to engage our families – and whole congregation – while we’re stuck at home, especially looking for activities for families to do who maybe need something to fill time,” said Samantha Clare, the church’s director of Christian formation. 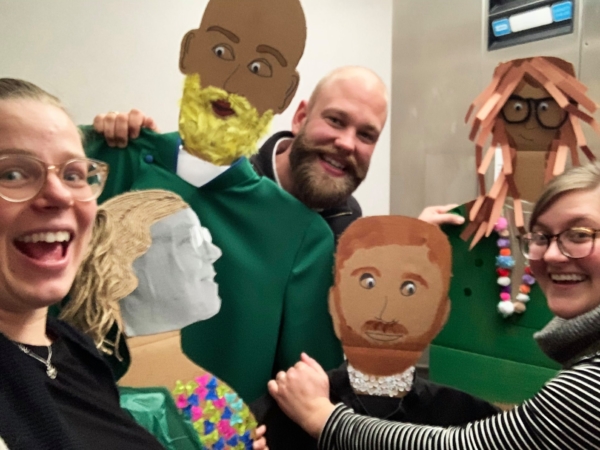 Using cardboard, pompoms, feathers, googly eyes, pipe cleaners and other craft supplies, the clergy and staff made cutouts of themselves last week, which they showed off on Facebook and then during their livestream Morning Prayer service on March 22. The cutouts of choirmaster Jack Cleghorn (featuring a beard made of feathers) and the Rev. Evan Garner, rector (with the sequined collar), are even wearing their cassocks. Clare, who is pregnant, used a photo of her face in profile, glued on twine for hair, and even included her baby bump. 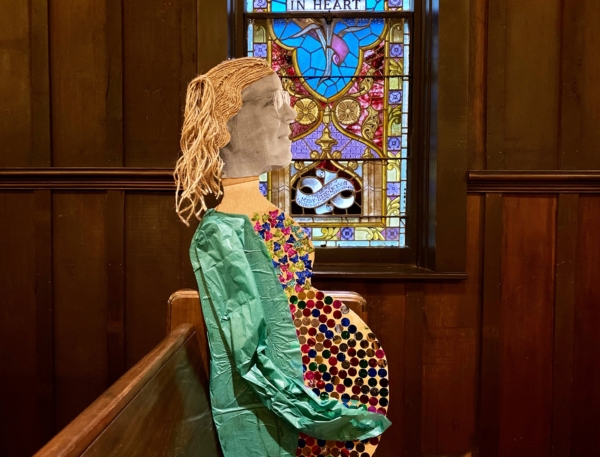 Calling it “Fill the Pews: A Social Distancing Art Project,” they invited parishioners via Facebook to make their own waist-up cutouts, bring them to the church and prop them up in the pews. Though the office is closed and no public worship services are being held, the church itself is open for individual prayer. The project took off quickly. As of March 25, Clare said, about a dozen cutouts had appeared in the pews and “a few more show up every day.”

“People of all ages have some in there, and some of them are seniors in the congregation, some of them are whole families that have dropped them off, so everyone’s getting involved,” Clare told Episcopal News Service. They’ll all be able to see themselves on the Sunday worship livestream on March 29.

“I think as people continue to find themselves restless, we’ll gather more people,” Clare said. “We just want to bring a little bit of joy, so we hope that we’re doing that.”