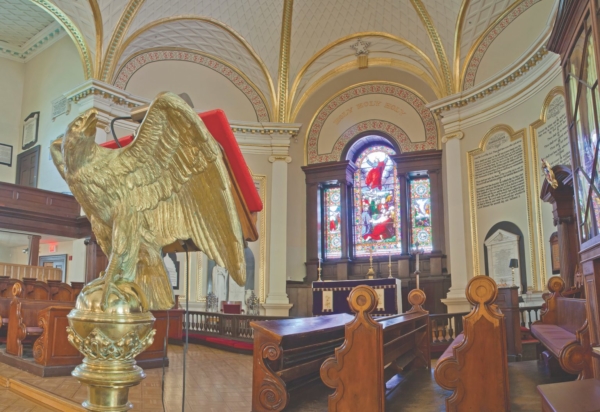 [Anglican Journal] In a time when attention has begun to focus increasingly on declining church attendance, some places of Anglican worship in both England and Canada — including English cathedrals — are seeing an increase in visitors.

Visitors to Church of England cathedrals numbered 10 million in 2018 — an increase of more than 10% on the previous year, according to a November report published by the church.

There were also more than a million visitors to Westminster Abbey, the report states, and attendance at some major Christian festivals grew. Some 58,000 people attended cathedrals at Easter and 95,000 during Holy Week — the highest numbers recorded for a decade.

Some of the more historic Anglican churches in Canada, also, have been seeing brisk attendance by visitors in recent years. Quebec City’s Cathedral of the Holy Trinity had 240,000 visitors in 2018 — up from 149,000 five years previously, says Tommy Byrne, project manager at the cathedral. A 2013 marketing study showed that 96% of its visitors come for culture, heritage, music and other non-religious factors, he says — though this doesn’t suggest spirituality didn’t also play a role in some tourist visits.