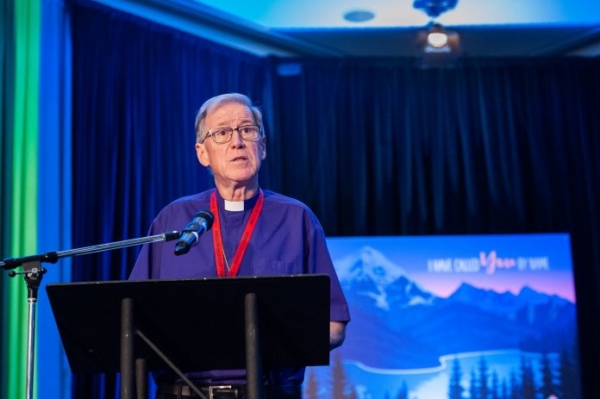 [Anglican Journal – Vancouver, British Columbia] In a wide-ranging address to General Synod on Thursday, July 11, Archbishop Fred Hiltz, outgoing primate of the Anglican Church of Canada, spoke of what he saw as some of the church’s most important recent accomplishments and priorities, as well as the challenges likely to face his successor, who will be elected Saturday, July 13.

Hiltz, who has led the church as primate since 2007, opened General Synod’s first day of business with a speech dealing with the themes of discipleship; the Indigenous church and reconciliation with Indigenous people; human trafficking; climate change; ecumenism and interfaith relationships; same-sex marriage; and the need for his successor to keep the church together in the aftermath of a potentially divisive vote on the marriage canon while facing an “alarming” decline in church membership.