[Episcopal News Service] Diocese of Virginia Bishop Suffragan Susan Goff issued a statement this week about the series of political scandals that have engulfed the state, which Goff said, provide Episcopalians an opportunity to “take a close look at our own lives” and to repent.

“This scandal invites us to confess the ways we have fallen short of the image of God that is in us and to repent, to turn around and act in a different way,” Goff said Feb. 12. “The political realities of this current moment in our commonwealth are complex, but our faith response is not. Out of our own confession and repentance, we can call for the repentance of our leaders.” 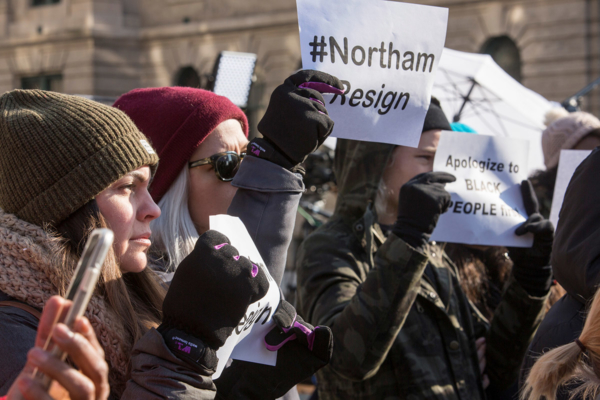 Virginia Gov. Ralph Northam has faced widespread calls to resign over revelations that he wore blackface in the 1980s, a scandal sparked by the discovery of a photo on his college yearbook page showing someone in blackface standing next to another person dressed as a member of the Ku Klux Klan.

Northam, a white Democrat, has said he intends to stay in office as the political uproar has spread to include other top Virginia leaders. Lt. Gov. Justin Fairfax, who is black, has since been accused of sexual assault by two women, and two additional white politicians in the state, one a Democrat and the other a Republican, have come forward to admit their own experiences wearing or promoting blackface decades ago.

Virginia Gov. Northam says he wants "to heal that pain" of racial inequality and won't resign, according to a Washington Post report https://t.co/xnnsHTHdBl pic.twitter.com/v1NLNEEqy6

Blackface’s roots date to the pre-Civil War era, when white performers in the North and South would darken their skin to spoof black characters, often with exaggerated features and gestures that served to glorify negative stereotypes of black appearance and behavior. The tradition, which persisted into the 20th century in everything from pop culture to college parties, is widely condemned today as racist.

“After World War II, black Americans, by dint of a long struggle, finally managed to shame white Americans into not doing blackface anymore. And then other ethnic groups continued shaming white Americans into not doing other kinds of ethnic face since then,” John Strausbaugh, author of “Black Like You,” said in an interview with Vox. “Certainly by the 1960s, blackface had become one of the few very absolute taboos in American culture.”

In the Diocese of Virginia, Goff has taken on the role of ecclesiastical authority while the diocese seeks a successor for Bishop Shannon Johnston, who stepped down last year. The diocese encompasses 38 counties in the northeast third of the state, including suburban Washington, D.C. 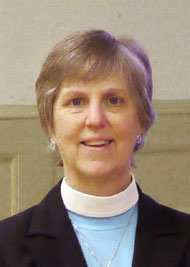 In her Feb. 12 statement, Goff, who is white, alluded to “the painful legacy of racism in our nation.”

“White American culture once not only tolerated white people donning blackface, but embraced it as a form of entertainment. Yet it was always hurtful, demeaning and insulting to people of African descent,” Goff said. “What was accepted back then was not acceptable, and it is not acceptable now.”

The Episcopal Church has identified racial reconciliation and healing as one of its three top priorities, in addition to evangelism and creation care, under Presiding Bishop Michael Curry, the church’s first African-American leader. General Convention in 2015 placed such racial healing work in the context of the church’s decades-old efforts to confront its historic complicity in the sin of racism during the eras of slavery and segregation. Additional resolutions targeting racism were approved in 2018.

Becoming Beloved Community, a framework launched in 2017, has become the church’s cornerstone initiative on racial reconciliation, symbolized by a labyrinth with four parts: “Telling the Truth,” “Proclaiming the Dream,” “Practicing the Way” and “Repairing the Breach.”

The core questions under the heading “Telling the Truth” include, “What things have we done and left undone regarding racial justice and healing?” Goff echoed that question in her message about the Virginia scandals.

“We as people of faith, no matter what our race, gender or ethnicity, promise in our baptismal vows to respect the dignity of every human being. We also know the power of confession, so much so that we engage in the practice regularly,” Goff said. “This current scandal provides us an opportunity to examine not only the lives of our political leaders, but to take a close look at our own lives.

“When have we done or said things that have diminished the dignity of others? In what activities have we engaged that were once accepted, but never acceptable?”