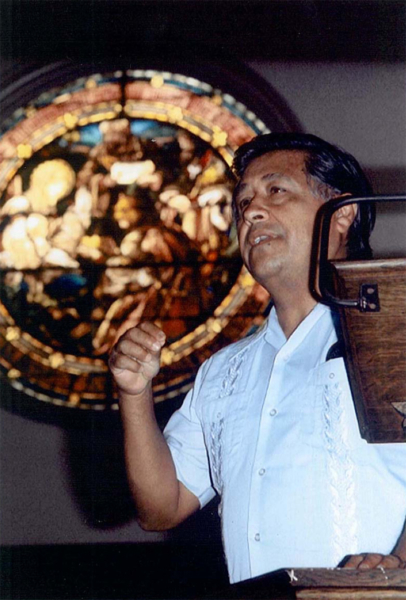 [Episcopal News Service] Church of the Epiphany in Los Angeles, the oldest continuously occupied Episcopal church in the city and a cradle of the 1960s Chicano movement, has an opportunity to raise up to $150,000 for restoration work and needs Episcopalians and others to cast votes in its favor.

Epiphany is one of 20 historic sites nationwide selected as finalists in a grant competition that launched Sept. 24, and it is the only Episcopal site in the running. Produced jointly by the National Trust for Historic Preservation, Main Street America and American Express and backed by National Geographic, the 2018 Partners in Preservation: Main Streets program will provide a total of $1.6 million in preservation funding to the projects that receive the most votes from the public.

Anyone can vote online up to once a day through Oct. 26. Each person may cast up to five votes per day; all of them may go to the same organization, so a participant may give all five daily votes to Church of the Epiphany. To participate, click here. Voters will need to create an account; there is no charge. 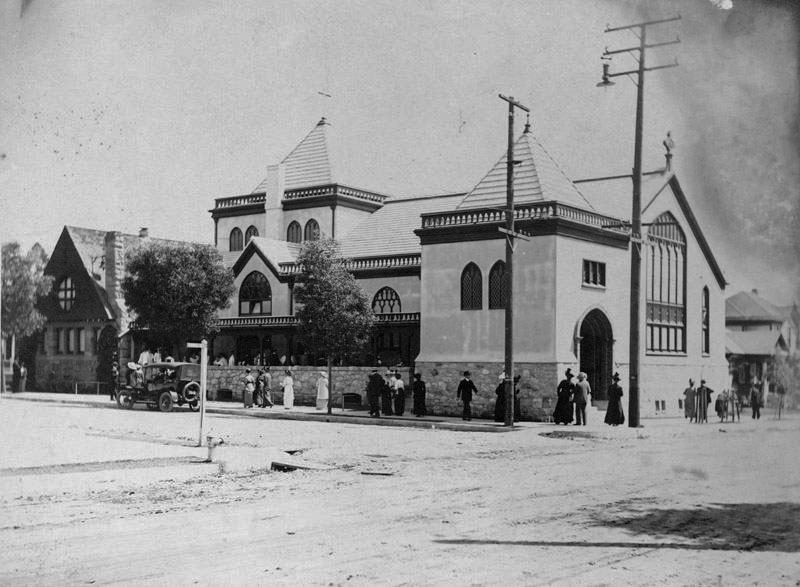 Church of the Epiphany was founded in 1888 in what was then a middle-class white neighborhood of Los Angeles. English architect Ernest Coxhead designed the original Romanesque Revival church. In 1913, when the congregation outgrew the original building, architect Arthur Benton designed a new church in a mixture of styles that included Gothic Revival, Mission Revival and Romanesque Revival. The existing church was converted to the parish hall and incorporated into the new building. Although Epiphany is considered one of the city’s historic treasures, its buildings need extensive repair after more than a century of constant use.

Epiphany’s neighborhood gradually changed in the 1950s and ’60s from white to Latino immigrants, and under the leadership of the Rev. John Luce, the church began to welcome its new neighbors. Epiphany became a Latino cultural center, where Mexican food, dance and religious practices were welcomed even as they were discouraged in schools and society.

Luce, an East Coast-bred white priest, took on the cause of Chicano rights as his own as soon as he arrived at the church. “Father John Luce was our patron saint,” said Moctezuma Esparza, a community activist and filmmaker, quoted in an April 2018 story by Los Angeles public television station KCET. “He offered us his church, his basement for us to meet and to hang out. He took us on the march from Delano to Sacramento.”

In the 1960s, Epiphany was the birthplace of La Raza, a newspaper for the Chicano movement; Luce provided space in the parish basement and bankrolled early issues.

Epiphany also served as an early meeting place for the Brown Berets, a Chicano student activist group whose leaders trained at the Social Action Training center founded at the church by Luce. 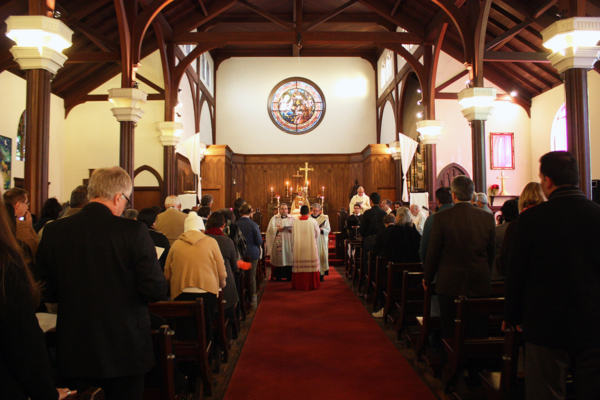 Church of the Epiphany celebrates its patronal festival on Jan. 6, 2013. Photo: Janet Kawamoto

United Farm Workers founders César Chávez and Dolores Huerta were frequent visitors to the church, which hosted some of the union’s early meetings and was for some years its Los Angeles headquarters. Epiphany was also a planning base for the 1968 East L.A. student walkouts and Chicano Moratorium, events that helped build Latino political and social influence in Los Angeles. Luce and his parishioners also were leaders in the establishment of the United Neighborhoods Organization, a community advocacy group. Church member and longtime Latina activist Lydia Lopez became its president.

The church continues to be a center for activism on behalf of immigrants, workers and LGBTQ people, as well as a vital hub of direct services in its Lincoln Heights neighborhood. It was designated a Los Angeles Historic-Cultural Monument in 2005. The Epiphany Conservation Trust was established soon after to raise funds to preserve the church and maintain its ministry. The potential $150,000 from the Partners in Preservation Fund would be an enormous boost, according to Epiphany’s current vicar, the Rev. Tom Carey. 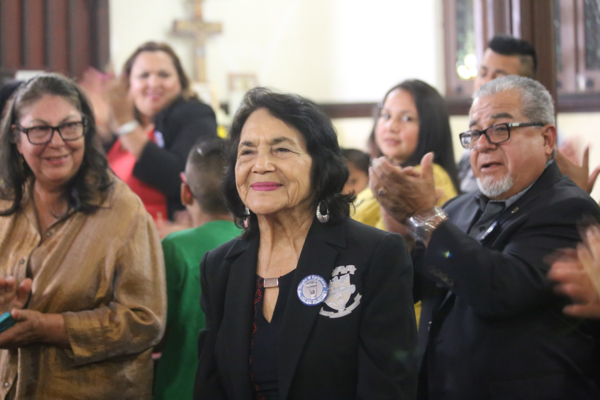 Dolores Huerta, center, co-founder of the United Farm Workers of America, was guest of honor at an Epiphany Conservation Trust gala in 2017. The church hosted many of the union’s early meetings and was for a time its Los Angeles headquarters. Photo: Janet Kawamoto

“If we succeed, we’ll use the grant funds to rehabilitate the church’s basement, where much of the Chicano movement was organized,” said Carey. “The renovated space will house our health care and legal clinic programs, our People’s History Project and community meetings. The grant will also bolster a capital campaign already underway to not only preserve our history, but to keep Epiphany on the vanguard of redefining how the church as an institution can fuel social justice advocacy, service provision and cultural and artistic expression.”

– Janet Kawamoto is editor of The Episcopal News, a publication of the Diocese of Los Angeles.