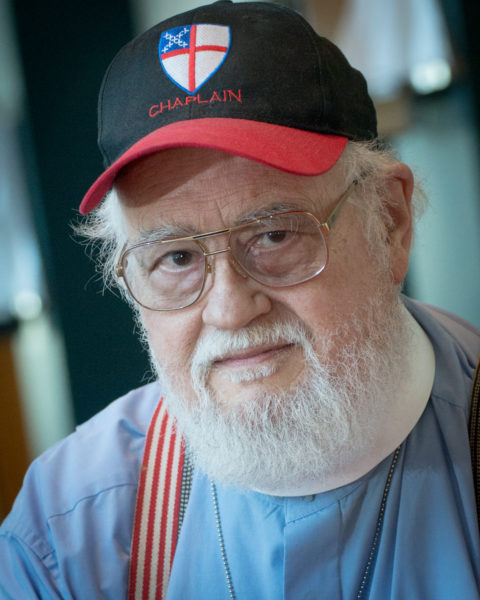 [Episcopal News Service] The Rev. Nathaniel W. Pierce, supply priest at St. Paul’s Episcopal Church in Trappe, Maryland, and ecumenical officer for the Diocese of Easton, was elected to the Board of Trustees for the Anglican Pacifist Fellowship (APF) based in Great Britain by the Annual General Meeting in November 2017.

The APF was established in 1937 and now has some 1100 members in more than 40 countries, as well as a sister organization, the Episcopal Peace Fellowship, in the United States of America. The APF founded the Week of Prayer for World Peace and is a member of the Network of Christian Peace Organizations and of the International Peace Bureau.

Sue Clayton, newly elected chair of the APF, commented: “We are now a worldwide organization; peace and justices issues are of world-wide concern. We felt it was time that the Board of Trustees of the Anglican Pacifist Fellowship reflected this new reality.”

Elected along with Pierce were Cloud Mabaudi from Zimbabwe and the Rev. Nathanael Ruess from Australia.

Pierce was ordained a priest in 1973 and has served congregations in California, Idaho, and Massachusetts before coming to the Eastern Shore of Maryland in 1991. He is the co-author of the book, The Voice of Conscience: A Loud and Unusual Noise – A History of the Episcopal Peace Fellowship 1939 – 1989 (Charles River Press, 1989) and numerous articles published in various national journals.