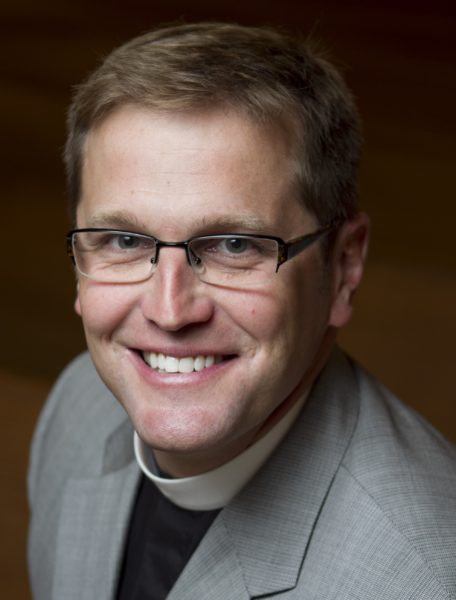 Most recently, Sullivan served as rector of Holy Innocents’ Episcopal Parish in Atlanta, Georgia, where he has been since 2009. Sullivan brought stability to finances of the 2,500 member parish and has extensive strategic planning and fundraising experience including a $10 million renovation and expansion of church facilities while also assisting with a $22.5 million capital project for a STEM building at Holy Innocents’ School and $5 million for an administrative complex.

Before his tenure at Holy Innocents’, Sullivan held the position of rector at St. John’s Episcopal Church in Lynchburg, Virginia (2005-2009), as well as being the canon for mission at Trinity Episcopal Cathedral in Columbia, South Carolina (2002-2005).

“With Kanuga’s stellar reputation in the church and conference center worlds, the search committee found widespread interest in the position and talked with many highly qualified candidates. Narrowing the field to three finalists for the Board of Trustees to interview was a difficult task. I speak for the committee in saying that we are very pleased with the entire process and with the board’s ultimate selection of the Rev. Sullivan as Kanuga’s next president,” said Jack McMillan, chair of the Kanuga Conferences President Search Committee.

“Michael has built a remarkable track record of financial oversight, strategic planning and significant development accomplishments,” said Edward D. Colhoun IV, chairman of the Kanuga Board of Trustees. “He brings a tremendous background to Kanuga. He has proven to be an inspiring leader, and I am pleased that someone of his professional caliber and experience will strengthen the future of Kanuga.”

“I cannot imagine a more promising and exciting call than Kanuga,” said Sullivan. “I’m elated to step into the work we are called to, building upon the foundations of past generations, while also trusting God to guide us as a bolder and stronger Kanuga for the future of the church. I look forward to working with the board and all our family to continue the tradition begun in 1928.”

Sullivan succeeds Stanley B. Hubbard Jr. who will retire in the fourth quarter of this year.

“After 12 successful years, we are saying a fond farewell to Stan, but we do not say goodbye to his many accomplishments and what he has brought to Kanuga,” said Colhoun. “We will expand on the renewed vitality he has instilled in our community.”

Sullivan was recruited as a part of a national search led by BoardWalk Consulting of Atlanta.

Affiliated with the Episcopal Church since 1928, Kanuga is a 1,400-acre conference, retreat and camp center in the Blue Ridge Mountains near Hendersonville, North Carolina. For more information, visit www.kanuga.org or call 828-692-9136.