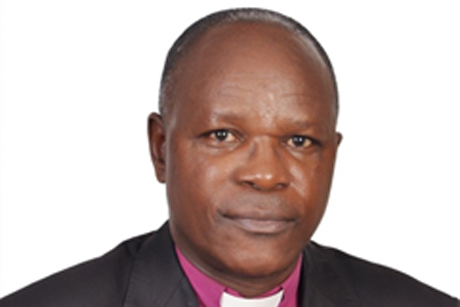 [Anglican Communion News Service] Bishop of Makamba Martin Blaise Nyaboho has been elected as the fourth archbishop and primate of the Anglican Church of Burundi. When he is installed on Aug. 21, Nyaboho will succeed Archbishop Bernard Ntahoturi, who has led the church since 2005.

His theological education began at the Mweya Bible Institute and Matana Theological School in Burundi and continued at the Kenya Highlands Bible College (now known as the Kenya Highlands Evangelical University) and the Asbury University College in Wilmore, Kentucky, in the U.S. He has also studied at the Haggai Institute Leadership Training in Singapore and the Panzi Development Training Centre in what was Zaire (now the Democratic Republic of Congo).

Before becoming a bishop, Nyaboho served in a variety of roles, including as a teacher at Matana Bible School, and as a Christian literature and Bible translator for Scripture Union and the Bible Society.

He has participated in a number of local and international conferences on social transformation, leadership, peace-building and reconciliation, and on sustainability of the Anglican Church.

He has contributed to good governance in Burundi serving as vice president and then president of the Provincial Electoral Independent Commission for the national elections in 2010 and 2015.

Nyaboho and his wife Emilienne have eight children: six girls and two boys.

Ntahoturi said: “The Province of the Anglican Church of Burundi appreciates all the prayers and support from partners, friends and family.”