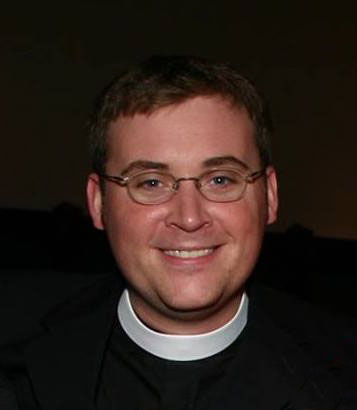 Browne was raised in eastern North Carolina in the Bertie County communities of Kelford and Roxobel. The son of public school teachers, he graduated from Bertie High School in 1995 and attended the University of North Carolina at Chapel Hill, graduating with a Bachelor’s in History in 1999 and a Master of Arts in Teaching in 2001. Raised in the Southern Baptist Church, he was confirmed in 1998 in the Episcopal Church after visiting various denominations during his first year at UNC Chapel Hill.

After being called to the priesthood, he was sponsored by St. Thomas, Windsor and attended the Virginia Theological Seminary in Alexandria, Virginia, graduating in 2004 with a Masters in Divinity. Upon graduation, he served Trinity Episcopal Church, Chocowinity, North Carooina as rector from 2004 until accepting this new call.

He enjoys cooking, gardening, historic restoration, and time with family and friends. He looks forward to serving all of the parishes of the diocese canon for diocesan life.

“We were fortunate to have received applications from more than twenty-five individuals, clergy and lay, from across this country and beyond,” says Skirving. “After a careful interview process, we were surprised and pleased to find the strongest candidate for this new position in our own backyard. Sonny’s love for eastern North Carolina is very deep, and that will be just one of the gifts that he brings to this work.”

The position of canon for diocesan life will be new to East Carolina. Skirving has described the position as focusing primarily on “connections and communications” with the purpose of strengthening East Carolina’s capacity for ministry across almost 70 worshiping communities in more than thirty counties.