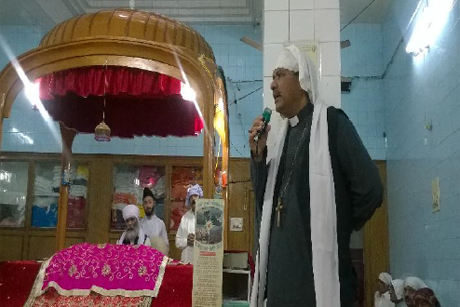 [Anglican Communion News Service] A Pakistani provincial government minister for minority religious affairs has been shot and killed in the northwest of the country.

Sardar Soran Singh was a member of the Khyber-Pakhtunkhwa provincial assembly; holding one of the seats reserved for religious minorities. In 2013 he was appointed special advisor on minorities affairs to the Chief Minister of Khyber Pakhtunkhwa, Pervez Khan Khattak.

The reserved seats in the assembly for religious minorities are not filled by election but by appointment. The next on the list to take Soran Singh’s place, Baldev Kumar, has now been charged with orchestrating the attack. Singh was killed on April 29 when gunmen on a motorbike opened fire on his car in his home district of Buner, some 100 miles northeast of Peshawar City.

Chief minister Khattak has vowed to block Kumar’s place in the legislative assembly unless he is acquitted in court. Pakistani media report that he has confessed to the police.

Bishop of Peshawar Humphrey S. Peters was one of a large number of people to pay tribute to Soran Singh and his work building inter-faith harmony. Peters made a personal visit to the Singh family home to pay condolences; and spoke in the Gurdwara at the funeral prayers to pay tribute to Singh and to show solidarity with the Sikh community.

“Today I have lost a very special friend in Soran Singh, and his services for the minorities and for the interfaith harmony will never be forgotten,” Bishop Peters told reporters.

“Sardar Soran Singh was one of those who rise to glory in a blink an eye,” the Diocese of Peshawar said. “Although he was a renowned political worker and promoter of interfaith harmony in the region, he came into the lime light after becoming special advisor on minorities affairs to the Khyber Pakhtunkhwa Chief Minister Pervez Khan Khattak in 2013.”

The murder of Soran Singh was marked by the legislative assembly with a resolution agreed by both government and opposition parties calling for his family to receive housing and funding for his children; recognizing that following his death, the family now have no means of sustaining themselves.