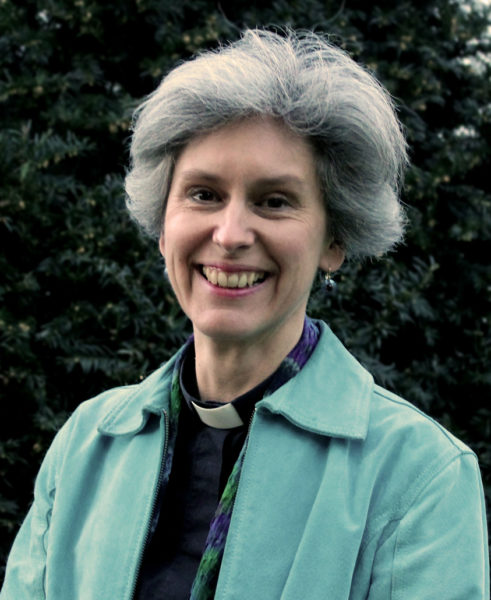 [Episcopal News Service] The Archbishop of Canterbury’s chaplain, the Rev. Canon Jo Bailey Wells, was named March 24 to be the fifth bishop of Dorking in the Church of England’s Diocese of Guildford.

Wells, 50, studied at the University of Minnesota and from 2005 to 2013 was the director of the Anglican Episcopal House of Studies at Duke Divinity School in North Carolina. She was also associate professor of Bible and ministry at Duke.

She was educated at Corpus Christi College, Cambridge, before going to Minnesota, according to an announcement by the office of the United Kingdom’s prime minister. Her appointment was confirmed by Queen Elizabeth II, the announcement said.

Wells trained for ordained ministry at St. John’s College, Durham, and was ordained in 1995 in the first wave of female priests in the Church of England, according to the Guildford press release.

She was chaplain of Clare College, Cambridge from 1995 to 1998 and dean from 1998 to 2001. From 2001 to 2005, Wells served as a lecturer in Old Testament and biblical theology at Ridley Hall, Cambridge. From there she moved to Duke. On her return to the U.K. in 2013 she took up the role of chaplain to the Archbishop of Canterbury, based at Lambeth Palace in London. Since 2015 she has also served as canon theologian at Liverpool Cathedral.

Her first day as chaplain involved carrying the primatial cross at the enthronement of Archbishop Justin Welby with a congregation of 2,000 in Canterbury Cathedral and an estimated audience of 20 million worldwide, the Guildford announcement said. She has accompanied Welby at events such as the re-burial of Richard III and the baptisms of Prince George and Princess Charlotte – as well as the recent gathering of Anglican primates.

Wells is married to the Rev. Sam Wells, who is vicar of St. Martin-in-the-Fields in London. They have two children. Her interests include art, architecture and textiles. She has spent a significant portion of her annual leave over many years in East Africa, most recently in supporting Archbishop Daniel Deng Bul in theological education in the Episcopal Church of South Sudan and Sudan.