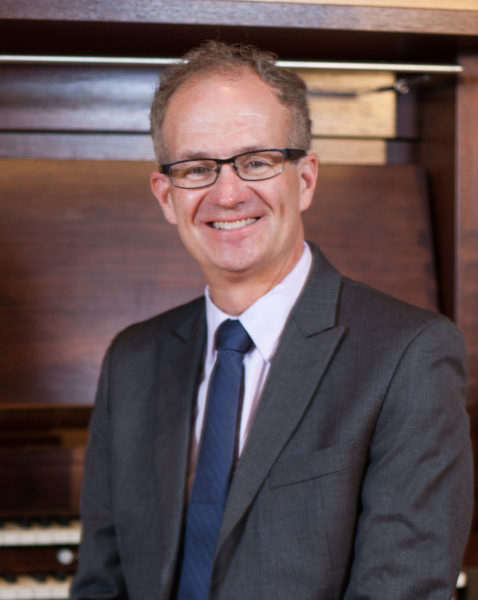 “Bruce has steered us masterfully through the past 11 months since his arrival as our interim canon for cathedral music, and we are lucky indeed that he wants to stay with us,” said LeRud. “I have enjoyed getting to know Bruce as a colleague and friend, and am excited to continue to work together, maintaining Trinity’s excellence in music and liturgy, while expanding the scope and mission of our music outreach to include a more intentional focus on the next generation.”

Raised in Eastern Washington,Neswick is a graduate of Pacific Lutheran University in Tacoma and of the Yale School of Music and Institute of Sacred Music. He also holds the fellowship degree from the Royal School of Church Music, for which he has conducted several courses for boy and girl choristers.

Neswick has more than 30 years of experience directing music and liturgy at some of the great American cathedrals, including St. John the Divine in New York City, St. Philip’s Episcopal Cathedral in Atlanta, and the National Cathedral in Washington, D.C. Before coming to Trinity, he served as professor of music in organ and sacred music at the Jacobs School of Music at Indiana University.

A sought-after recitalist, Neswick has performed extensively throughout the United States and Europe and has been a featured performer at national and regional conventions of the American Guild of Organists.

“I am very honored to be invited by Nathan to continue here at Trinity, serving this vital, friendly, engaged community and working with the friendliest and most mutually supportive staff one could imagine,” said Neswick. “I love Trinity and Portland and look forward to entering even more fully into the life of this beautiful community.”