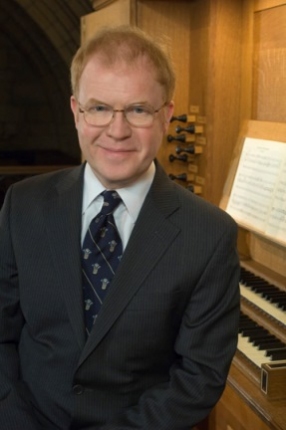 Saint Thomas Church is heartbroken by the sudden death of John Scott, Organist and Director of Music, on Wednesday, August 12.

John returned to New York on August 11 after a very successful European tour. He was not feeling well the next morning and suffered a sudden cardiac episode. He was taken to Roosevelt Hospital but never regained consciousness. His wife, Lily, was by his side when he died. John and Lily are expecting their first child in September.

The Rector, Headmaster, Wardens, Vestry, and Staff are shocked by John’s untimely death. Our thoughts and prayers are with Lily and John’s family. John and Lily are at the very heart of the Saint Thomas Church family and its mission.

John was appointed Organist and Director of Music of Saint Thomas Church and Choir School in 2004. He previously served at Saint Paul’s Cathedral for 26 years. He was born in 1956 and is a graduate of Saint John’s College, Cambridge. In addition to his beloved wife, Lily, he is survived by two children, Emma and Alex, and two sisters, Judith and Helen.

John’s contribution to music is a lasting legacy to the Church and to the world. He was a man of great faith; the words of J.S. Bach, Soli Deo Gloria (Glory to God alone) inspired his ministry.

A Requiem Mass will be offered for the repose of his soul at Saint Thomas Church on Thursday, August 13, at 5:30pm. Funeral arrangements will be posted here in due course.

May choirs of angels receive him and may he have eternal rest.