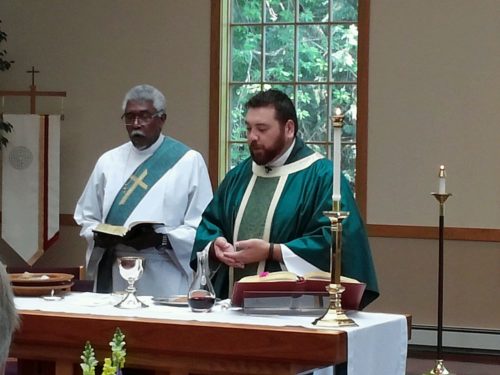 The Rev. Jason Lucas has been called as priest-in-charge of St. Edward the Confessor Episcopal Church in Wayzata, Minnesota. Lucas was raised in Arizona in a small copper mining town, a predominately Hispanic community. He grew up in the Roman Catholic tradition and worked for several years with youth. However, as he grew in his faith journey he was challenged theologically by the teaching of the Roman Church. After much prayer and discernment he left the Roman Catholic Church and later took up a youth minister position at St. Luke’s Episcopal Church in Minneapolis. Lucas entered seminary in August 2010 and completed his Master of Divinity degree at the Church Divinity School of the Pacific in Berkeley, California, in May 2013. Minnesota Bishop Brian Prior ordained him a transitional deacon in June 2012 and a priest in June 2013.