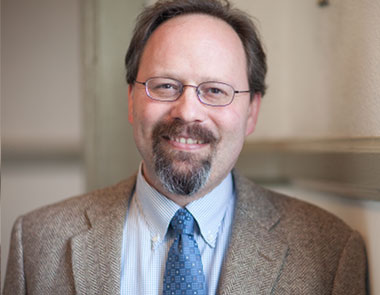 [The Historical Society of the Episcopal Church] The Historical Society of the Episcopal Church is pleased to announce its recipient of the 2014 Nelson R. Burr Prize. Recipient Dr. J. Michael Utzinger is Elliott Professor of Religion at Hampden Sydney College, Hampden-Sydney, Virginia. He is honored for his article “The Tragedy of Prince Edward: The Religious Turn and the Destabilization of One Parish’s  Resistance to Integration, 1963-1965.” The selection committee noted that his article was deeply researched in primary sources, well written, cognizant of pertinent scholarly work and presented a nuanced interpretation that placed local events in a larger scholarly context.

This Burr prize honors the renown scholar whose two-volume A Critical Bibliography of Religion in America (Princeton: Princeton University Press, 1961) and other works constitute landmarks in the field of religious historiography. Each year a committee of the Society selects the author of the most outstanding article in the Society’s journal, Anglican and Episcopal History, as recipient. The aware also honors that which best exemplifies excellence and innovative scholarship in the field of Anglican and Episcopal history.

Dr. Utzinger carries a Ph.D. in Religious Studies from the University of Virginia (2000), an M. Div. from Yale University (1993) and a B.A. in Theology from Valparaiso University (1990). He was a Lilly Fellow for the Arts and Humanities 1999-2000. While at Hampden-Sydney he received the 2010 Cabell Award for Excellence in Teaching and was named the William W. Elliot Associate Professor of Religion in 2011.

Utzinger serves as moderator of the Southeastern Colloquium on American Religious Studies  (SCARS), and a contributing editor for the blog “Religion in American History”: usreligion.blogspot.com. He serves on the Board of Directors for the Robert Russa Moton Museum for the Study of Civil Rights in Education and on the vestry of Johns Memorial Episcopal Church. He participated on the Anti-racism Commission and the Commission on Ministry for the Episcopal Diocese of Southern Virginia. At Hampden-Sydney, Dr. Utzinger is chair of the Department of Religion and has served as Associate Director of the Honors Program (twice as Interim Director) and as Associate Dean of the Faculty (2011-2014). He is Secretary of the Historical Society of the Episcopal Church but had no involvement in the determination of the award.