[General Theological Seminary press release] Leading up to this Fall semester, the Rev. Danielle Thompson, Chaplain for Pastoral Care, and the Rev. Stephanie Spellers, Adjunct Professor, have taken on expanded roles at The General Theological Seminary. Each position includes key roles in implementing the Seminary’s new initiative, The Way of Wisdom. 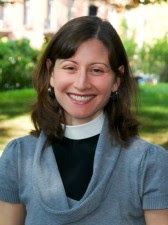 The Rev. Danielle Thompson has accepted the position of Coordinator of Integrative Programs. In addition to continuing to provide pastoral care and support to community life, she will coordinate Field Education, Clinical Pastoral Education, and coordinate planning and implementation of The Wisdom Year.

Thompson earned the Master of Divinity degree from Vanderbilt Divinity School in 2006. She completed a CPE residency and worked as a staff chaplain at St. Thomas Hospital in Nashville, Tennessee and went on to attend the School of Theology at the University of the South (Sewanee), completing the Master of Sacred Theology degree in 2011. She was ordained to the priesthood in 2010 in the Diocese of Chicago, where she served as Associate Rector of St. Chrysostom’s Episcopal Church and participated in the Lilly Endowment’s Making Excellent Disciples cohort, a flagship leadership training and mentoring program for newly ordained Episcopal clergy. Thompson began work at General in 2013 as Chaplain for Pastoral Care when she relocated to New York City with her family, GTS Professor of Systematic Theology Josh Davis and two children. She also serves as a part-time Chaplain at The Episcopal Church Center. 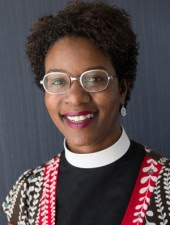 The Rev. Stephanie Spellers will continue in her appointment as Adjunct Professor of Church and Society and takes on the additional role of Director of Mission and Reconciliation. She will teach courses and lead other offerings that relate to mission, evangelism, and reconciliation in the field of ministry, and will begin the work of expanding our offerings to the increasingly important outside community. In her undertakings she will highlight the role of mission in our education and formation of students for all types of leadership. As part of her new responsibilities, she is joining The Way of Wisdom planning team and will be offering mentor-training and resources to Wisdom Year residency sites. Spellers will continue to serve part-time as Canon for Missional Vitality in the Diocese of Long Island and as a Senior Consultant in the Center for Progressive Renewal, an ecumenical center for church development and renewal.

Spellers is a popular speaker and is the author of numerous books, including The Episcopal Way (2014), Ancient Faith, Future Mission: Fresh Expressions in the Sacramental Traditions (2010) and Radical Welcome: Embracing God, the Other and the Transforming Power of the Spirit (2006). She serves as one of two Chaplains to the House of Bishops and recently chaired the Episcopal Standing Commission on Mission and Evangelism. Along with Eric Law, she is the co-editor for the new Church’s Teachings for a Changing World series.

From 2005 to 2012, Canon Spellers served as founding priest for The Crossing, an emergent congregation based at St. Paul’s Cathedral in Boston. She earned an M.A. in 1996 from Harvard Divinity School and an M.Div. from Episcopal Divinity School in 2004. Prior to and concurrent with priestly ministry, she served in the administration at Harvard Divinity and worked as a religion reporter for a regional daily newspaper and as an editor for Episcopal Church Publishing.