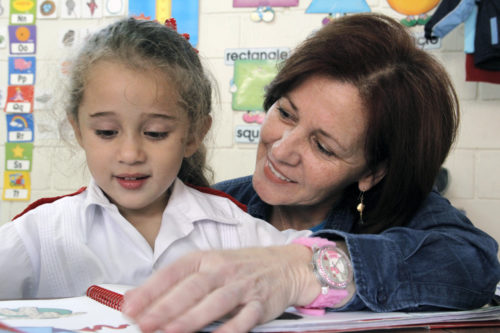 [Episcopal News Service – San Pedro Sula, Honduras] Episcopal schools in the Diocese of Honduras not only have a role in moving the church toward self-sustainability; they also play a role in transforming communities.

Schools are a main source of income for the diocese; it operates seven, faith-based bilingual schools serving 1,500 students from prekindergarten through 11th grade, the final grade level required in Honduras.

“As a whole they are in the black; some of them are in better shape than others, but all are headed in the right direction with great potential for growth,” said Kaval,

For instance, at St. Mary’s Episcopal School in Tegucigalpa, the Rev. Canon Joe Rhodes and his wife, Tina, missionaries sent by the Society of Anglican Missionaries and Senders, are working to bring the school toward profitability.

“We have 158 students now, we need 200 to be profitable,” explained Rhodes to a group from St. Barnabas Episcopal Church in DeLand, Florida, who visited in March during a trip to explore potential partnerships.

Longtime supporters of the diocese, the Rhodes over the years have led many short-term mission teams to Honduras while Joe Rhodes served as the rector of Holy Spirit Church in Baton Rouge, Louisiana. They have served the school for the last 18 months. 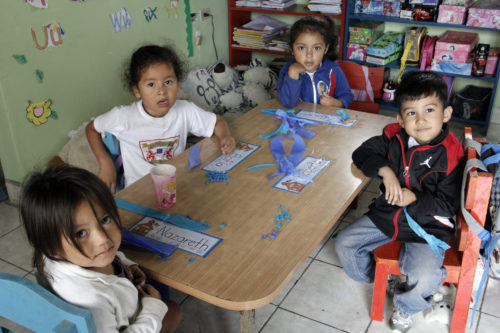 As part of the plan, administrators are working toward international accreditation with the help of Steven Robinson, president of the Southern Association of Independent Schools, a U.S.-based accrediting agency.

“The schools there are really fascinating and I think they serve a tremendous purpose, some of the schools have a long way to go, but the flagship, [El] Buen Pastor, in San Pedro Sula, is probably eligible now if not close,” said Robison, in a telephone interview with ENS.

Accreditation at its core means a school is fulfilling its mission; and that a school is financially sustainable and has good governance, explained Robinson.

“It [accreditation] doesn’t mean all schools are equal; that’s largely dependent on the resources they have,” said Robinson. “It means they are serving the mission they set out to serve.” 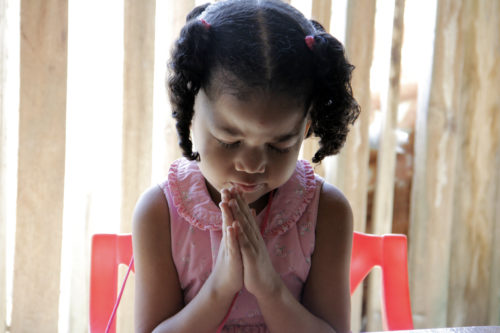 At the heart of each Episcopal school’s mission is a commitment to Christian education and the diocese has committed to translating from English to Spanish the Episcopal Children’s Curriculum, developed by Virginia Theological Seminary, so that it can share it with others looking for Christian educational resources in Spanish, said Kaval. The diocese plans to begin using the curriculum in both the schools and its Sunday schools in the fall.

Robinson became involved with the Episcopal schools in Honduras in 2010 when he met Andrea Baker at a National Association of Episcopal Schools conference in San Antonio, Texas.

“She saw my nametag and asked, ‘do you accredit? And can we talk?’” said Robinson.

Baker invited Robinson to visit Honduras, which he did. “I fell in love with the schools and the work of Bishop Allen,” he said, adding that what the diocese is doing with its schools is “at the heart of what education should be.”

Since then, Robinson has been involved with the schools and this summer plans to run professional development workshops in Honduras. It’s a matter of working with the schools to understand where they are, where they need to be, and assisting them as they grow toward accreditation, he said.

El Buen Pastor, the school Robinson referred to in San Pedro Sula, was founded in 1984 and has since grown to more than 500 students grades pre-k through 11. Some of El Buen Pastor’s students have gone on to attend universities in the United States.

Other schools, like St. John’s Episcopal School in Siguatepeque, a small town in the central mountains, are just getting started.

Rick Harlow, the diocese’s project manager, and Episcopal Church-appointed missionary, explained that the school serves 48 students grades prekindergarten through fourth grade, next year the school will add fifth grade and more space for prekindergarten students.  The school currently has an 80-student capacity.

Episcopal schools operate on the same 10-month calendar as schools in the United States, not the public schools’November to February calendar, normal for the country’s private schools. For this reason, the schools tend to grow from year to year as students graduate from one grade level to the next, and from new students enrolling in prekindergarten and kindergarten.

One way to recruit new students is to make the school more appealing. In March, for instance, construction was underway on a horseshoe-shaped driveway where parents can drop off and pick up their children in front of the school instead of on the busy street in front of the church.

“We have to work year by year by year with the resources available,” said Harlow, adding that teams from churches in the United States have thus far helped with the school building’s construction and there’s still a need.

Not far from St. John’s, also in Siguatepeque, the Rev. Vaike Madisson de Molina started a first-aid clinic that three years later has turned into a nursing school recognized by the Ministry of Health. In 2009, Allen told his clergy they’d need to look at their communities and create something to move their missions toward self-sustainability, so de Molina, inspired by Florence Nightingale’s legend, turned to healthcare. 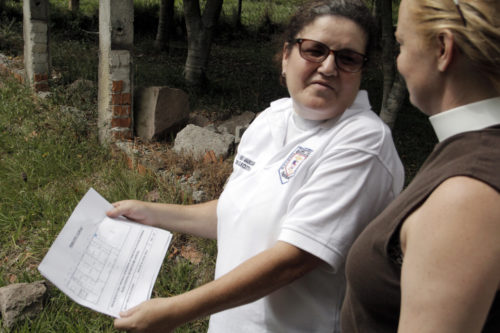 Given the school’s successes, de Molina has plans for a two-story building that will house classrooms and a laboratory alongside her church, San Bartolomé Apóstol, moving the school out of the parish hall.

“This project, I love it,” she said during an interview in her home. “I think Jesus Christ is happy … some members of the church are even now students.”

De Molina chose the nursing school, she said, partly because she likes the story of Florence Nightingale, the founder of modern nursing, which she feels fits nicely with the history of the Anglican Church, but also because she recognized a need for a permanent medical clinic in the community. And she saw the school as a way to give women, many of them single mothers, a means of supporting themselves.

Josselin Flores, 18, is one such student. Flores works at the church and studies at the nursing school, while her mother cares for her 18-month-old baby.

“I want to have a better life and to care of others,” said Flores in an interview at the church.

Sixty percent of Honduras’7.9 million people live at the poverty line, according to World Bank statistics. The average adult has 6.5 years of education, according to United Nations Development Program data.

Founding an Episcopal university in Honduras is a long-range goal of the bishop, especially in a post-9/11 world where it has become increasingly difficult for students to secure visas to study in the United States, and the currency exchange rate between the Honduran Lempira and the U.S. dollar puts the cost out of reach for most students coming from a low-middle income country.

“Not only is the bishop committed to self-sufficiency model of empowerment rather than dependency … the schools not only play a tremendous part it that, but through education the Episcopal Church is in a position to change a nation,” said Robinson.

From his experience and travels, Robinson hasn’t seen another independent schools system poised for such a high return on investment.

“I’m very blessed and fortunate to work with almost 400 of best schools in the world, including 40 Episcopal schools, travel the world and talk on a variety of issues,” he said. “I don’t know of any place where good, strong Episcopal schools could have an impact on the entire nation. Honduras could be impacted by the school system and I don’t say that lightly.