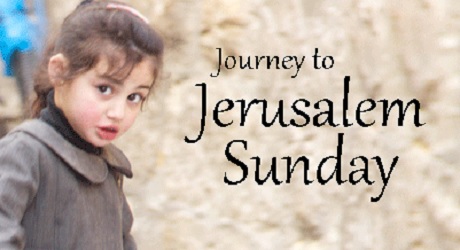 [Anglican Communion News Service] The Anglican Church of Canada has announced a new annual church observance “to celebrate companionship in God’s mission with the Episcopal Diocese of Jerusalem in Jerusalem, Israel, Palestine, Jordan, Lebanon and Syria”.

Starting from this year, June 1 will be known as Jerusalem Sunday in Canada. To help Canadians to prepare for and celebrate the day, the church has produced a whole host of written and audio/visual resources.

On a special section of its official website called Journey to Jerusalem Sunday, a church spokesperson writes, “The Anglican Church of Canada and the Episcopal Diocese of Jerusalem have been companions in mission for many years, yet not much is known about this relationship.

“Each year, numerous Canadians visit the Holy Land as pilgrims, students and tourists, yet many know little of the life and witness of Christians there — be they Palestinian, Arab Israeli, Jordanian, Lebanese or Syrian.

“There is much to see, hear, experience and learn about being Anglican, being Christian in this ancient, troubled place today.

“Journey to Jerusalem Sunday — a multimedia web page produced by the Anglican Journal and Anglican Video — intends to make the people and stories of Anglicans in the Holy Land come alive in word, image and sound.

“We hope it will contribute to a greater understanding of how the ancestors of the first indigenous Christian community — “the living stones” — are living out their faith despite continuing social, political and economic hardships.”