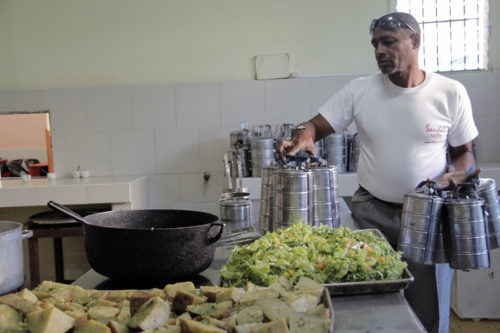 [Episcopal News Service – Cárdenas, Cuba] “If we are not part of the solution, we are part of the problem,” reads the sign at the entrance of the Center for Reflection and Dialogue here. It’s a slogan that resonates in the center’s ministry, outreach programs and approach to human and community development.

The center and its methodology “serve as a good model for churches across Latin American,” said Dominican Republic Bishop Julio César Holguín, adding that through its programs and outreach, the center works on formation at both the individual and the community level.

Holguín led a small delegation to Cuba Feb. 18-25, to attend the Episcopal Church of Cuba’s annual General Synod in Havana. The Feb. 20 visit to the center, which was founded more than 20 years ago, was an opportunity to witness and learn about Cuba’s ecumenical movement.

From an inclusive Christian worldview, the center seeks to contribute to the sense of human existence; promote a holistic conception of life and health; promote human dignity; and to develop a culture of peace and community participation with emphasis on the poor, the weak and the marginalized people in society, according to its mission.

“I was most impressed by the interplay, the connection between their reflection and practice,” said Diocese of Eastern Michigan Bishop Todd Ousley, adding that their approach to programs and processes are grounded in theologically.

The purpose of the center is to promote  interreligious dialogue focused on social integration at the community level, with four goals toward that end:

Regarding the latter, four of the center’s employees – two women and two men – provide meals, basic hygiene, laundry and other services five days a week to 120 elderly, and HIV-positive citizens.

“It’s a hard ministry,” said Rita García Morris, the center’s deputy director. “The people are very poor, living in just a room without a toilet.” 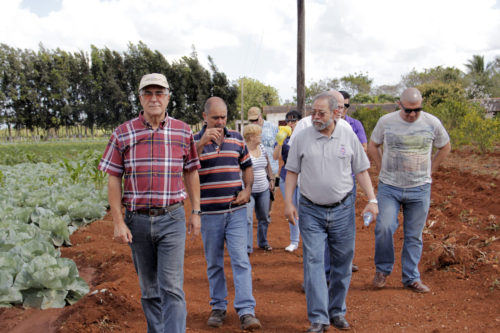 In addition to the elder-care program, the center has a library and computer center, offers craft workshops for children and senior citizens, hosts cultural programs for people of all ages, panel discussions on topics ranging from theology and human rights to domestic violence, as well as serving as a place of worship.

“[It’s] very impressive – mind, body, spirit, you’re doing it all,” said Ousley during a tour of the center.

In the future, the center hopes to provide an elder-care home, where the people it serves can live and receive daily care, and also a shelter from victims of domestic violence, another population the center serves in its outreach ministry.

These are “dreams,” said Garcia Morris. “Dreams are for people with faith.”

Housed in a former factory, the center began operating in the early 1990s, but it wasn’t until 2011 that the Cuban government granted the center its official license.

In addition to its local outreach ministries, the center hosts national and international youth and adult groups, accommodating between 80 and 90 people in its 28 guestrooms. The staff requests that reservations be made three to four months in advance to coordinate the necessary religious visas. The center also offers a wide variety of publications.

Holguín served as the interim bishop of the Episcopal Church of Cuba from 2003-4, while also serving the Dominican Republic. In addition to Ousley, he was accompanied by the Rev. Emilio Martin, who is Cuban, and served on the center’s board of directors when he was the priest at St. Francis of Assisi Episcopal Church in Cárdenas; Bill Kunkle, executive director of the Dominican Development Group; and David Morrow, president of the DDG’s board of directors.

The DDG’s board of directors, on which Ousley also serves, met the previous week in Santo Domingo, Dominican Republic, for its annual board meeting following the annual diocesan convention.

— Lynette Wilson is an editor/reporter for the Episcopal News Service. She traveled with the delegation to Cuba.