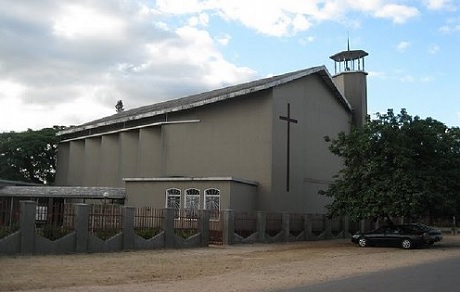 [Anglican Communion News Service] Christians in Zimbabwe are facing a new wave of persecution after excommunicated former bishop Nolbert Kunonga and his supporters refused to surrender church property in the Diocese of Masvingo.

In a letter to fellow Church of the Province of Central Africa (CPCA) bishops and friends, Bishop of Masvingo Godfrey Tawonezvi reported, “Kunonga people are still holding on to two of our church buildings, St. Peter’s and St. Luke’s Church.”

The bishop reported that Kunonga even has priests working in different parishes in the diocese. “Some of these priests are refusing to surrender church property such as furniture that belongs to our parishioners in that community,” said Tawonezvi.

“We have failed to get the necessary support we need from the Zimbabwe police over this issue while our efforts to regain St. Luke’s Church are being frustrated by a village headman who is a Kunonga supporter.”

Tawonezvi explained that the headman has continued to mobilize the community to turn against the Anglican Church in the diocese despite the church’s complaint to the area chief about the headman’s conduct.

“This is an ecclesiastical issue which is being politicized by Kunonga and his supporters,” he said.

Correspondence between the Anglican Church in Masvingo, the Republican Police and lawyers indicate growing security concerns and refusal by Kunonga and his supporters to give up church properties. This is evident in a letter sent to Tawonezvi earlier in the year by the area police chief.

“We also continue experiencing problems from Kunonga people at Daramombe Mission. Their aim is to make the mission ungovernable and tarnish our image as the responsible authority, said Tawonezvi.

“We are also experiencing problems from the district education officer who is Kunonga’s supporter. He was once at Daramombe Mission as the school head but we did not have any choice except to get him removed from the mission by the Ministry of Education.”

The district education officer (DEO) has been fabricating stories and dragging the Diocese of Masvingo before the courts, the bishop said. “The DEO and other Kunonga supporters have dragged the bishop and other priests on false allegations so that the diocesan leadership can be imprisoned and embarrassed,” said the bishop.

“We continuously receive threats but we continue to soldier on. The struggle continues in the Diocese of Masvingo as I reported at the provincial synod.”

The church recently revealed that the legal costs of recovering most of the properties stolen from the province means dioceses in Zimbabwe have combined debts of almost US$400,000.