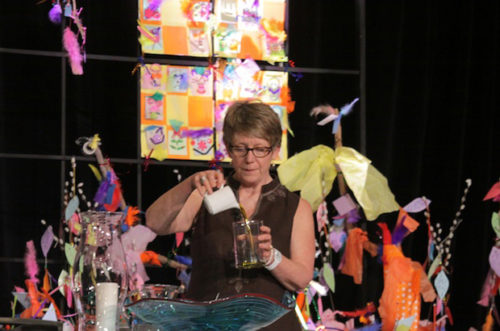 [Anglican Journal] The faith, worship and ministry committee gave General Synod members an overview of its work in the past triennium, and three resolutions relating to its work were passed.

“The role of faith, worship and ministry is to help Canadian Anglicans to live out our faith thoughtfully, prayerfully and with commitment,” said committee chair Canon Andrew Asbil, who compared its work to connective tissue in the body.

Bruce Myers, the church’s co-ordinator for ecumenical relations, highlighted a joint Christian education project with the Roman Catholic Church in Canada and dialogue with the United Church of Canada on new models of unity to which the two churches might be called.

Bishop Linda Nicholls said that in this triennium the ethics sub-group of the committee has worked toward developing policies on abuse, sexual violence and screening for ministry.

Canon Eric Beresford spoke about the strides that have been made in building relationships and trust between African and North American bishops in a series of dialogues intended to help heal divisions in the Anglican Communion.

A liturgical task force has been working to revise common texts and to gather new liturgies and resources . For example, said Louise Peters, the task force has been identifying liturgical needs around baptism, such as the need for an appropriate rite for an interfaith family or when a parent is not a Christian.