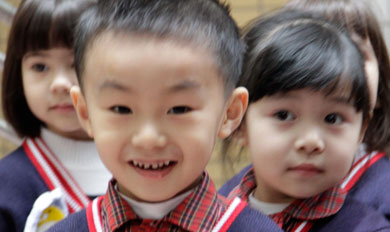 [Episcopal News Service] Throughout its history, the Anglican Church in Hong Kong has been engaged in serving its communities through social services, education and other programs, with one of the best examples being St. James’ Settlement.

What began in 1950 as a Boys & Girls Club in a room loaned by a Chinese temple in the Wanchai district of Hong Kong by 1963 had grown into a six-story building; by 1987 a 12-story building including St. James’ Church, a multi-service community service center and a primary school. Over the same time period from 1963 to 1987, the number of people receiving services, ranging from food provisions, education, healthcare services, daycare and elder care, grew from 164,000 to 700,000, annually.

Today, St. James’ Settlement employs 200 social workers and serves more than 10,000 people daily at 47 service points on a $54 million annual budget. Having outgrown its current space and in order to expand its services, it is constructing a new $80 million, 13-story building on an adjacent property.

Most non-governmental organizations providing socials services in Hong Kong rely on government support for 80 percent of their budget, said Chief Executive Officer Michael K.C. Lai, adding that St. James’ receives 30 percent from the government and raises the rest through fundraising, sponsorships and fees for service, with middle class people paying higher fees to subsidize services for the poor.

“What a remarkable, holistic vision,” said Presiding Bishop Katharine Jefferts Schori, adding that she hadn’t seen anything on that scale before. 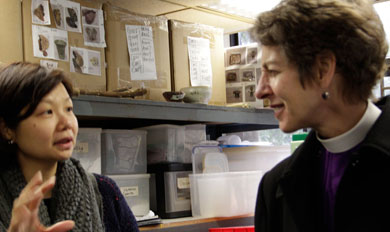 Jefferts Schori toured St. James’ Settlement during a recent visit to the Province of Hong Kong Sheng Kung Hui, including Hong Kong and Macau, both governed as special administrative regions of the People’s Republic of China. The Province of Hong Kong was one stop on the presiding bishop’s three-week visit to Anglican Communion provincial churches in Asia, including the Philippines, Japan, South Korea, the Episcopal Diocese of Taiwan and China.

The presiding bishop preached to a full house on the first Sunday of Lent during a service at St. John’s Cathedral in Hong Kong Feb. 26.

Established in 1998, the Province of Hong Kong Sheng Kung Hui includes three dioceses and a missionary district – Hong Kong Island, Eastern Kowloon, Western Kowloon and the Missionary Area of Macau. Some 30,000 people worship in about 40 congregations and mission points, served by more than 70 clergy members.

“We are working here quite well,” said the Rev. Peter D. Koon, provincial secretary general of the Hong Kong Anglican Church. “We are the third largest social welfare provider and the second largest education provider … that with 30,000 Anglicans.”

In 2006 Macau, a former Portuguese colony, overtook in GDP per capita Hong Kong, a former British colony and an international finance center, for the first time ever as gambling revenue soared.

The Macau government ended the territory’s gambling monopoly in 2002, which resulted in the number of casinos increasing from 11 to 34; fewer casinos than Las Vegas, but four times the annual revenue.

“Before the casinos the best jobs were police and government jobs,” said Lee Kwok Hoo, a service director for the province in Macau. “But then they rushed to become dealers.”

Out of the 160,000 households in Macau, one to two family members work in the casinos, he said.

“Kids think they can get a job in the casino so they don’t study as hard.”

In 2007, the province began providing gambling counseling and in November 2011, opened Macau S.K.H. Gambling Counseling and Family Wellness Center to address some of the societal and family needs that have resulted from gambling. The facility, which includes a daycare and recreation center, handles 250 cases with 18 employees and nine social workers. It also operates a hotline service that has received more than 2,200 calls.

With a population of just over half a million people, there are six degrees of separation, said Lee, and most people prefer not to receive counseling face-to-face.

Jefferts Schori, who was formerly bishop of Nevada, sympathized with the difficulty facing residents of such a gambling-focused area. “People in Nevada who have problems with gambling often leave because there are temptations everywhere,” she said, “… slots in grocery stores and gas stations.”

In Macau, the presiding bishop visited also St. Mark’s Church, which was the first Chinese-Anglican congregation there, said the Rev. Odette Pun Oi-Kuan, the church’s 17th vicar, who is a native of Macau.

St. Mark’s has a school, serving 2,000 students in K-12 and adult education, and runs a daycare center. And like the Gambling Counseling and Family Wellness Center, St. Mark’s serves families affected by gambling.

“The Anglican Church is the only one that has Macau people serving families and casino workers,” Oi-Kuan said.

–Lynette Wilson is an editor/reporter for Episcopal News Service.