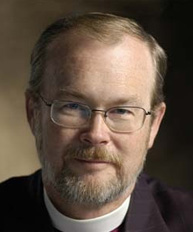 [Episcopal News Service] On Friday, Oct. 21, I visited Zuccotti Park, the site – at least until last night – of the Occupy Wall Street protest. Whatever happens next in Lower Manhattan (and as I write, on the morning of Nov. 15, things are moving fast, with the outcome unclear), there can be no doubt that this protest has struck a chord, and given birth to a movement that appears, in spite of everything, to be gaining momentum. For some, this chord seems to have sounded like a long awaited trumpet call to action; for others – who have not been shy to express their disdain – it is decidedly discordant.

Back in October, it was not always easy to distinguish those who were “tourists” – people who swung by to see what was going on out of simple curiosity – from those who were active participants in the protest itself. But what was clear was that this was not some tiny cell of extremists. Those present represented what was, to me, a surprisingly wide swath of the American people. Some, young and not so young, gave the appearance of being seasoned protesters. Others, again both young and not so young, seemed to be first timers: folks who held their banners and slogans with a slight aura of awkwardness.

It is true that it was not easy at Zucotti Park to sort out the substance from the theatre. The media have offered little help, with their focus, unsurprisingly, on the most colorful and extreme expressions of protest. They have highlighted slogans that call for the jailing of bankers, while ignoring placards like the one I saw that said “99% + 1% = ONE” – which I interpreted as intending to highlight our common interests and essential unity as a people. Nor, sadly, have those in public leadership often commented helpfully – and they are certainly disingenuous when they point to the protestors’ lack of a plan as evidence of a lack of seriousness, when apparently they have no plan themselves. Indeed, all too often the opposing voices that we hear are shrilly dismissive – their aggressive, trivializing tone hinting, to me, at a deep, largely unconscious, level of anxiety. It cannot be lost on many that all this is taking place with the background noise of the Arab Spring ringing in our ears.

Whatever happens next in Downtown Manhattan, it is terribly important that the core energy behind this protest not be lost behind a blizzard of slogans and rhetoric. The particular motivations of those protesting are, undoubtedly, as mixed as the American people itself. One dominant thread, however, is an (admittedly inchoate) critique of unfettered capitalism.

There can be little doubt that capitalism is a productive way to order economic life. But we need to remember, as the protestors have reminded us, that that is all that it is – an economic system based on the entirely reasonable propositions that capital has value, and that supply and demand are the most efficient way to set prices. Capitalism is of no help at all in determining what is morally good – that is something that must instead be determined by the community’s wider values.

And there should be no question that when an economic system fails to reflect those communal values, it should be modified and governed until it does. To say, as some do, that any attempt to control or guide our economic system is neither wise nor possible is to admit that an economic system has decisive control of our lives. For a Christian, such an admission would be nothing less than to yield to idolatry. (Though I do not claim deep knowledge of other religious traditions, I suspect that this is true for them as well.) God alone is the One, and the only One, to whom we can concede such ultimate authority. For the non-theist to make the argument that the laws of economics are immutable is to concede that we have no power of ourselves to help ourselves. That is the same argument that those in the grip of various kinds of addiction make: “I am not in control, my addiction made me do it.”

As the OWS protestors point out, wealth in our country is increasingly concentrated in the hands of a few, the real income of the broad middle class has not increased in more than a generation, and the ranks of the poorest among us each year become ever more solidified. These are the facts – and the reality behind them is, quite simply, morally wrong. Ultimately, left unchecked, that reality is deeply dangerous. It is at odds with our vision of ourselves, and as Americans we ignore it at the peril of our most cherished national ideals. As Christians, we ignore it at the peril of our souls.

The way forward is not simple. In spite of what some in the public square would have us think, there are no obvious and easy solutions for complex problems. But what we must strive for is clear. We must – and I believe that this is what lies at the core of the OWS protests – rein in the imbalances that have caused our economic house to careen off course as though it is a self-perpetuating, self-governing good. The solution that we find will not be perfect, just as human beings are not perfect; but to surrender to forces as though we are helpless before them is not an answer, but an excuse.

We can do better. We are not helpless. We can, by working together, build a better, more just, society: a society founded on the American ideal of a nation in which there are “certain unalienable Rights,” including those to “Life, Liberty and the pursuit of Happiness.” We can look to the heart of who we are as a people and draw upon our better lights to seek the common good. That is our challenge as a nation. As followers of Jesus, we know that our calling now and always is to seek the welfare of the people, the children of God.

— The Rt. Rev. Mark S. Sisk is bishop of the Diocese of New York. This commentary was originally published on the diocese’s website at http://www.episcopaldioceseny.org