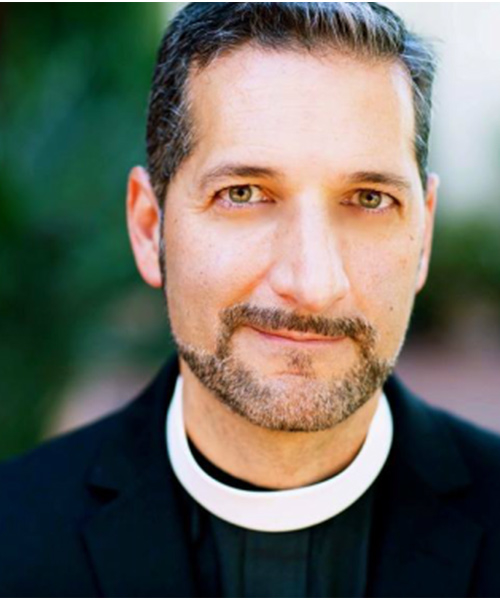 Two Episcopal seminaries: Virginia Theological Seminary (VTS) and General Theological Seminary (GTS), today announced the creation of an exciting innovative joint project focused on the future of the church. Called the TryTank: An Experimental Laboratory for Church Growth and Innovation, this is the first such joint project between two major seminaries in the church in decades.

“This is an innovative moment in theological education for the Episcopal Church,” said the Very Rev. Ian S. Markham, Ph.D., dean and president of VTS. “Along with these ‘sister seminaries’ seeking to serve the church together, the whole idea of a congregational laboratory which can ‘try’ things is exciting. We have sat around for long enough moaning about our predicaments; the time has come to try ideas and initiatives out.”

“We are re-committing ourselves to Jesus’ call for discipleship which means, quite plainly, church growth, not decline. This takes partnership and innovation.” The Very Rev. Kurt H. Dunkle, dean and president of General Seminary continued, “We want the model and means of the TryTank to reflect its message. Sister seminaries are coming together to try something new, intending to encourage and enable a new generation of lay and ordained leaders to faithfully grow the church.”

To lead the new effort, the Rev. Lorenzo Lebrija of Los Angeles has been appointed as its founding director. “I can’t imagine a more exciting time to try new things in the church,” Fr. Lebrija said at his appointment. “It feels as though the Holy Spirit is leading us to new frontiers while remaining loyal to our tradition. To be asked to lead part of that exploration is a distinct honor.”

Under Lebrija’s direction, the TryTank Experimental Lab will seek to understand where new church models, business models, and technology can meet the needs of today’s church.

“Any time we have asked ourselves, ‘what if’ as we do and are church, those are opportunities to explore and try,” he added. “We are going to be doing a lot of that. And we know we’re going to fail. A lot. But that’s how we can discover new adjacent possibilities, by trying.”

One of the first tasks of the Try Tank Experimental Lab will be to map out current innovation in the church, including the many new church plants that have come into existence. One stated goal of the project is to disseminate information as far as possible of experiments and successes and failures. “We are really aiming to make this a church-wide effort,” said Fr. Lebrija, “we want our experiments to tell a story and that story to be shared. Because something that may not have worked in one place, may just be perfect in another.”

Although the TryTank Experimental Lab officially launches in January 2019, those interested in its work can sign up to receive updates at www.TryTank.org.

ABOUT VTS
Founded in 1823 as a beacon of hope in a country new and finding its way, Virginia Theological Seminary has led the way in forming leaders of the Episcopal Church, including: the Most Rev. John E. Hines (VTS 1933, D.D. 1946), former presiding bishop of the Episcopal Church; the Rt. Rev. John T. Walker (VTS 1954, D.D. 1978), the first African-American bishop of the Episcopal Diocese of Washington; and theologian, author and lay preacher Ms. Verna J. Dozier (VTS D.D. 1978). Serving the worldwide Anglican Communion, Virginia Theological Seminary educates approximately 25% of those being ordained who received residential theological education. Visit Virginia Seminary online at www.vts.edu.

ABOUT GTS
General Seminary’s mission statement was adopted in 1999 and reaffirmed in 2015: Educating and forming lay and ordained leaders for the church in a changing world. As we live out this mission, we seek to be and to become a community for whom ongoing and deepening conversion to new life in Christ is a constant goal. Our purpose is to invite and call others to that life of conversion by our own understanding of the Christian faith — biblical, historical and theological — and our ability to reflect on that faith. Located in historic Chelsea Square, our students have the diversity and opportunity of experiences that New York City has to offer. Visit General Seminary online at gts.edu.

ABOUT REV. LEBRIJA
A Master of Divinity (M.Div.) graduate of GTS, Lebrija was most recently the chief development officer for the Episcopal Diocese of Los Angeles. Beyond his M.Div. degree he also has an MBA and a B.A. from Florida International University, has completed the full training at the Fund Raising School at Indiana University, and is a graduate of Rice University’s Executive Education Program.

Prior to entering seminary Lebrija was president and chief executive officer of Seraphic Fire & Firebird Chamber Orchestra, Miami’s professional choral and orchestral ensemble. Before that he was the Miami Program Director for the John S. and James L. Knight Foundation responsible for a substantial grant portfolio and the launch of the Knight Arts Challenge. Having been General Manager for Radioactiva Hispanic Radio, as well as Editor/Director of Operations for Miami’s Community Newspapers, Lebrija has vast experience in media and marketing. He has been a frequent speaker at community groups on development, community involvement, the arts, business strategy, and marketing.

Lebrija’s appointment is effective on January 1, 2019.