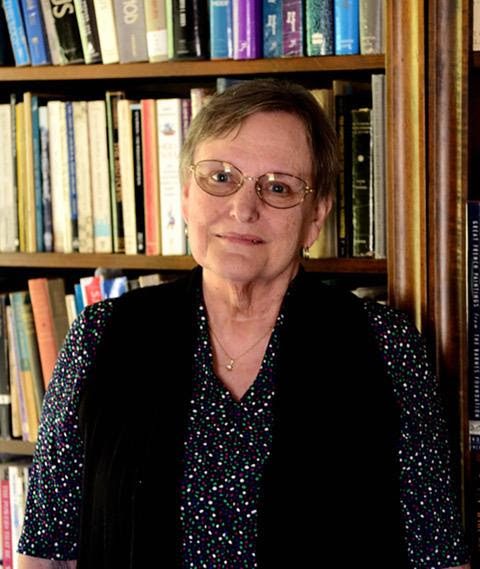 The Episcopal Peace Fellowship (EPF) is delighted to announce Linda Gaither as the recipient of the is year’s John Nevin Sayre Award. Widely recognized as a leader, scholar, peacemaker and justice seeker, Linda served on EPF’s National Executive Council for eight years, five of which as National Chair.  She authored EPF’s weekly national e-mail, ‘Peace on the Go’ until 2018, all the while remaining active in her local Ithaca, New York EPF Chapter.

Her foundation as a religious scholar began as a magna cum laude graduate of Wilson College. A Masters in Theology from Duke and a PhD from the Catholic University of America has kept her grounded in the faith and buoyed her into action for justice throughout her remarkable life. A founding member of the New Jersey Diocesan Anti-Racism team, fighting racism continues to be central to her work in EPF’s Palestine Israel Network (PIN). in which Linda currently serves as convener. Since PIN was founded, her action has been grounded in research and her writings have supported PIN’s goal to move the Episcopal Church toward a more robust witness for justice and peace among Palestinians and Israelis.

Linda’s good-natured outlook displays a dash of humor and amazing humility, both of which have contributed to her work as an organizer. We celebrate Linda’s dedication to justice and her compelling witness as a disciple of Christ.

EPF established the award in 1979 to honor a founding member, the Rev. John Nevin Sayre, for his lifetime of service waging the Gospel of Peace. Sayre was an Episcopal priest, pacifist, missionary, teacher and author who has been described as a “peace apostle” for a life devoted to waging peace and opposing war. He gained notoriety by challenging President Woodrow Wilson to address the devastating events of World War I. Because of Sayre’s efforts, Wilson agreed to recognize conscientious objection as a legal alternative to military service.

The Sayre award is conferred at General Convention to a recipient selected by the EPF National Executive Council for courageous witness in the cause of justice and peace  Through this award, the EPF publicly recognizes Episcopalians who are actively living their baptismal promises of “striving for justice and peace among all people, and respecting the dignity of every human being.“ Like the person for whom the award is named, recipients have dedicated their life’s work to courageously promoting a culture of peace and nonviolence in the face of cultural opposition. 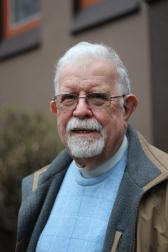 At the 2018 General Convention, PIN presented the first Cotton Fite Award. The award recognizes an Episcopalian who is passionately working for a just resolution in Palestine/Israel. This year, the PIN Steering COmmittee is pleased to announce the Rev. Canon Richard “Dick” Toll as the recipient of the Cotton Fite Award.

Dick has a distinguished history of advocacy for Palestinian human rights since the early 1960’s when he met the Rev. Naim Ateek, a Palestinian Christian and fellow student at Church Divinity School. In 1983, as Canon Pastor of St. Mark’s Cathedral in Seattle, Dick led his first of 34 pilgrimages to the Holy Land, a place that captured his heart and soul. Dick was a founding member of PIN and active in its Education Work Group, contributing his rich knowledge and experience of the Palestinian narrative.

An honorary canon of the Diocese of Olympia, Dick received his DMin from Virginia Seminary and a DD from CDSP. After his friend Naim Ateek founded Sabeel, the Palestinian Liberation Theology Center in Jerusalem, Dick’s passion for justice led him to educate, preach, and organize national conferences through Friends of Sabeel North America (FOSNA).  Dick brought Christian, Muslim, and Jewish speakers to conferences across the country where they helped educate attendees about the Palestinian story, a narrative then unfamiliar to many, including in the Episcopal Church. In his 10 years as the volunteer Director of FOSNA, he helped organize 35 regional educational conferences. Among these was a hugely successful 2002 conference in Boston which featured Archbishop Desmond Tutu as the keynote speaker.  A powerful voice for Palestinian justice, the Archbishop, who served on the Advisory Boards of both Sabeel and FOSNA, frequently asserted that in its treatment of the Palestinians, Israel had surpassed South Africa as an apartheid state.

Dick’s passion and deep abiding commitment to justice continues.  His sense of humor and eternal optimism have allowed many to believe they can do more than they thought possible.  His friendships with Palestinians have given them hope and encouragement.  He tirelessly puts words into action and his faith into God’s work, as he walks in the footsteps of Jesus.

The Rev. Dr. Cotton Fite, for whom this award is named, was a founding member of PIN and its first convener. An Episcopal priest and clinical psychologist, Fite had a deep commitment to Palestine and the Palestinian people and was an outspoken advocate for justice and peace. As part of his ministry, he helped establish the Seraj Library program which creates children’s libraries in refugee camps in Palestine.

We hope many will join us at the EPF reception in Baltimore on Tuesday, July 5th to honor Linda and Dick as the well-deserved recipients of these honors. The reception will be held from 5:30 until 7:00 pm at Old Otterbein United Methodist Church, conveniently located next to the Baltimore Convention Center, at 112 West Conway Street, Baltimore, MD, 21201.