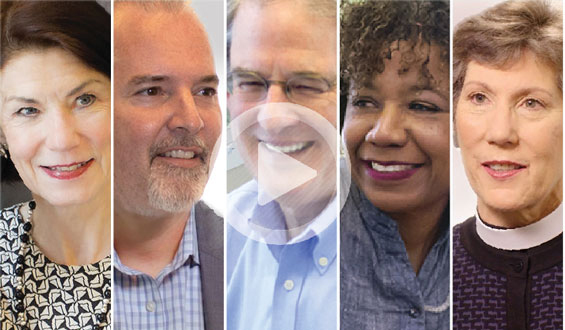 The Church Pension Group (CPG), a financial services organization that serves the Episcopal Church, released a Report to General Convention to answer questions it has received in recent months and to share its final Report on the Costs of Pension Benefits in Foreign Dioceses, as requested by Resolution 2015-A181.

The Report, which was emailed with the latest issue of Perspective and is available on CPG’s website, includes videos of various officers and clients, including The Very Rev. George Werner, Dean Emeritus of Trinity Cathedral, former trustee of The Church Pension Fund, and the 31st President of the House of Deputies.

Patricia Favreau, Chief Communications Officer of CPG, said “We decided to replace our typical Report to General Convention with a series of videos that tell the story of who we are, how we think, and how we serve. We truly enjoy interacting with colleagues around the Church, but it’s hard to meet with everyone face-to-face. Videos close the gap. We hope people will watch them and learn more about the values and commitments that guide our work.”

The Report also includes CPG’s Report on the Costs of Pension Benefits in Foreign Dioceses, which was developed in response to General Convention Resolution 2015-A181. Frank Armstrong, Chief Operating Officer of CPG, explained, “We published preliminary findings in our Blue Book Report, but we want to make sure people have the full report before General Convention. Our findings have been shared with the dioceses that participated in the study and we look forward to sharing them with the wider Church.”