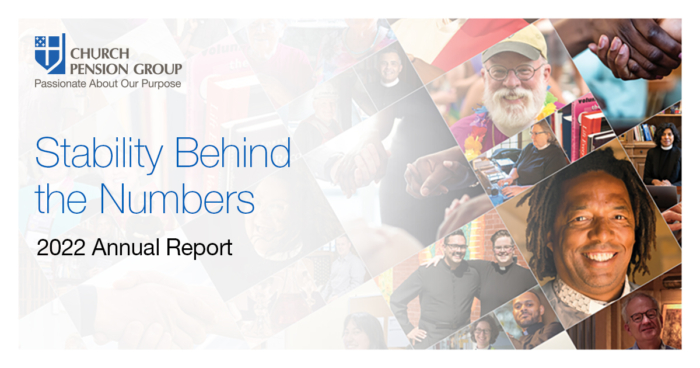 The Church Pension Group (CPG), a financial services organization that serves The Episcopal Church, announced the release of its online 2022 Annual Report (cpg.org/annualreport2022).

“We are pleased to share our Annual Report which highlights CPG’s investment performance and offers updates on our three lines of business over the past year,” said Mary Kate Wold, CEO and President of CPG. “Readers will also learn about the Denominational Health Plan’s continuing efforts to contain healthcare costs and reduce cost disparities among dioceses, while providing equal access to and parity of funding of healthcare benefits for eligible clergy and lay employees.”

CPG has also hosted several webinars to share information about its work, to collect feedback and to discuss topics of interest to the Church. Individuals are encouraged to view past webinars with senior leaders of CPG who have engaged in conversations on topics ranging from pension parity to racial reconciliation and socially responsible investing. Past webinars can be viewed on CPG’s YouTube channel.