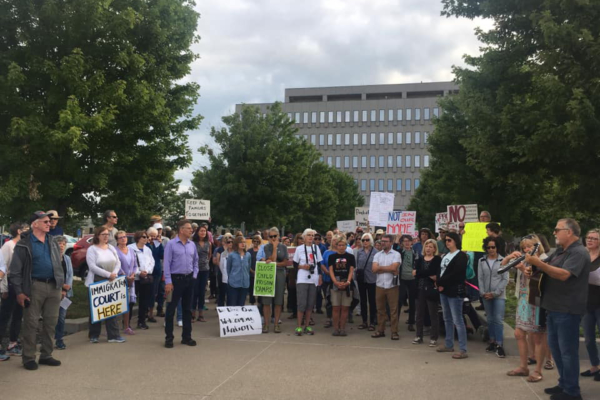 Consecrated as the Diocese of Minnesota’s first bishop in 1859, Whipple spent more than four decades establishing The Episcopal Church’s roots in the newly founded state while leading missionary work among the American Indian tribes of Minnesota, and in 1862, he successfully lobbied President Abraham Lincoln to spare most of the 303 Dakota warriors who had been sentenced to death for an uprising that year. 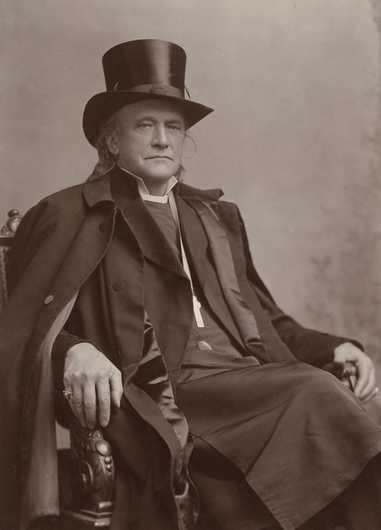 Bishop Henry Whipple led The Episcopal Church in Minnesota from 1859 until his death in 1901. Photo: Minnesota Historical Society

Today, his name graces the Bishop Henry Whipple Federal Building just east of the airport in Minneapolis – a rare honor for an Episcopal bishop, but one that local Episcopal leaders now say runs counter to Whipple’s legacy. They want his name removed.

“All of us drive by this building all the time, but very few people actually know what’s going on in there,” said the Rev. Devon Anderson, one of the Episcopal priests organizing a campaign to rename the building.

What’s going on in the Whipple building, they say, is a microcosm of the Trump administration’s crackdown on immigration violations, which The Episcopal Church has criticized for upending lives, separating families and disrupting communities. Minnesota’s Twin Cities are known as a hub for federal immigration enforcement across five states – Minnesota, Wisconsin, Iowa, North Dakota and South Dakota – and at the center of that hub is the Whipple building, which houses an immigration court. U.S. Immigration and Customs Enforcement, or ICE, is a constant presence.

“Any immigrant who is arrested in that region, for the most part, has court in that building,” said the Rev. Daniel Romero, a United Church of Christ minister and volunteer with the Minneapolis-based Interfaith Coalition on Immigration. “The Whipple building is both their first stop and their last stop on their deportation journey.”

The Interfaith Coalition on Immigration holds monthly prayer vigils outside the building to show solidarity with immigrant detainees and their families. On Oct. 29, the coalition will be joined by The Episcopal Church in Minnesota and the Minnesota Council of Churches in an expanded vigil and rally to kick off the “What Would Whipple Do?” campaign, calling for the removal of Whipple’s name or the eviction of ICE from the building.

Compassionless enforcement is “not our theology. That’s not who we are as a church,” Anderson said in an interview with Episcopal News Service. She serves as rector of Trinity Episcopal Church in Excelsior, Minnesota.

The Rev. Robert Two Bulls Jr. is another Episcopal priest on the team organizing the campaign. In additional to serving as missioner for the diocese’s Department of Indian Work and Multicultural Ministries, Two Bulls is vicar at All Saints Episcopal Indian Mission in Minneapolis. About a year ago, his congregation rallied to support a parishioner whose partner was picked up by ICE and eventually deported to Mexico.

Two Bulls told ENS it always seemed odd that a federal building would be named after an Episcopal bishop, and with ICE conducting enforcement from the building, the association with Whipple troubles him.

“Given who he was, I think he would be very much against something like that,” Two Bulls said.

Whipple’s reputation isn’t immaculate. His approach to the Dakota and Ojibwe in Minnesota was that of a colonizer, seeking to assimilate Native people into white culture while spreading Christianity, Romero told ENS. But Whipple also was “a man who was trying to do the right thing by the people he encountered.”

Two Bulls, who is Lakota, called Whipple “a man of his time and, in some respects, ahead of his time.” And the Rev. Letha Wilson-Barnard, rector at Holy Apostles Episcopal Church in St. Paul, noted how Whipple in 1863 ministered to the hundreds of Dakota who were held in an internment camp at Fort Snelling before the federal government forcibly relocated them to South Dakota. 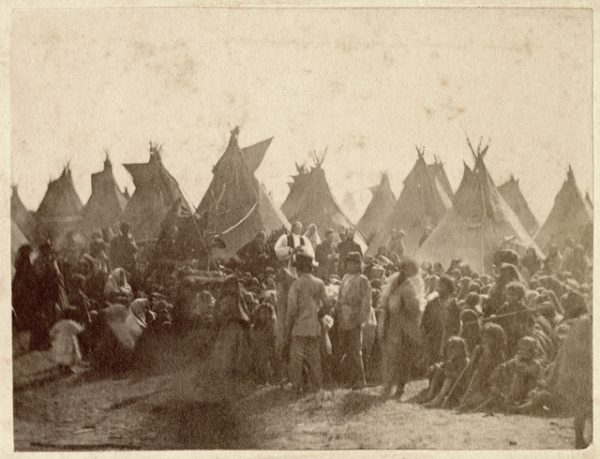 More than a hundred years later, part of Fort Snelling would become the site for the Whipple Federal Building, built in 1969.

“It’s tied to this really shameful event in Minnesota history, where he was on the side of advocacy and treating people humanely,” Wilson-Barnard said.

Before joining the campaign to rename the building, Wilson-Barnard had been attending the prayer vigils at the Whipple building for about a year. Immigrants, especially Hmong, make up a large part of her congregation, and she has accompanied some of them to immigration court in the Whipple building.

“Whenever I’ve gone to that Whipple building, it just slays me that his name is on that building,” she said.

Whipple, who died in 1901, was not mentioned by name in the program for the June 9, 1969, dedication of the building, but Congress soon gave the building its present name based on a proposal by then-Sen. Walter Mondale, Romero said.

Today, while the building houses offices of a number of federal agencies, including Veterans Affairs, it has become “the center of oppression” for immigrants in the region because of ICE’s activities, Romero said. He thanked The Episcopal Church in Minnesota for supporting efforts to raise awareness.

The Episcopal Church has been outspoken on immigration issues in recent years, and in July 2018, during General Convention in Austin, Texas, more than a thousand Episcopalians gathered at a prayer service outside an immigrant detention center in rural Texas. General Convention later passed three resolutions related to immigration. One of the resolutions took a forceful stand against family separation and inhumane treatment of immigrant parents and children. Another resolution emphasized respecting the dignity of immigrants, while the third encouraged Episcopalians to seek ways to offer sanctuary or support to immigrants.

One of the ultimate goals of the Interfaith Coalition on Immigration in Minnesota is to win passage of legislation making Minnesota a sanctuary state, meaning state agencies would be barred from devoting resources to federal immigration enforcement activities. That effort could be bolstered by attention generated by the “What Would Whipple Do?” campaign.

The campaign’s Episcopal team expects to hold a strategy session when The Episcopal Church in Minnesota holds its diocesan convention, Sept. 13-14. The ongoing planning also coincides with a separately scheduled meeting of the House of Bishops next week in Minneapolis, though it wasn’t immediately clear whether the gathering of bishops would take up the issue while they are in town.

It’s also not entirely clear what it would take to rename the Whipple Federal Building.

Presumably, Congress would need to act on renaming a building as well, though Romero said it’s possible the head of the U.S. General Services Administration can take that action without seeking approval from Congress.

In the meantime, Whipple will be honored in another way this weekend at Minnesota’s diocesan convention. Each year, one Episcopalian is presented with the Whipple Cross, the diocese’s highest award.

“For his time, he is seen as a real advocate” for indigenous people, Anderson said, “and someone that the church feels proud of.”