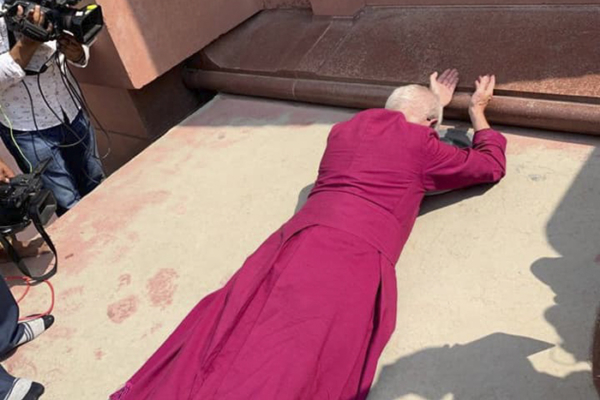 Archbishop Justin Welby at the memorial for the Jallianwala Bagh Massacre in India. Photo: Lambeth Palace

[Anglican Communion News Service] Learning from the past is essential to prevent further atrocities like the Jallianwala Bagh Massacre, the archbishop of Canterbury said after his visit to the memorial site in India this week.

Archbishop Justin Welby has been traveling around key sites in India for the past 10 days at the invitation of the Churches of North and South India.

He was pictured lying prostrate in front of the memorial commemorating 100 years since the tragedy, when thousands of unarmed Indians of many different faiths were shot by British troops in 1919.