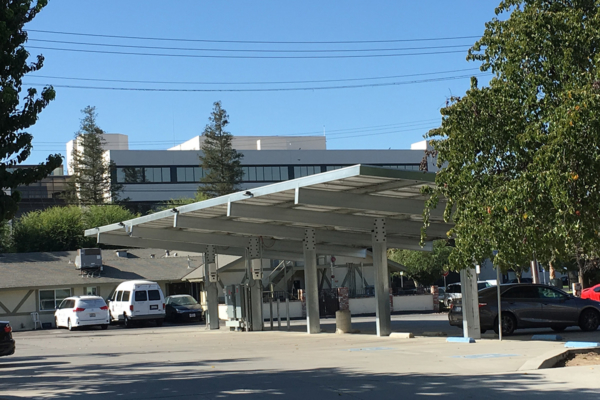 The Diocese of San Joaquin, located in California’s Central Valley and Sierra Nevada, has 22 faith communities and an abundance of sun. This year, it put in motion plans to bring solar panels to all or nearly all of those communities. By the end of 2020, Bishop David Rice hopes those solar panels will be installed and generating enough power to offset the energy usage of all Episcopal properties in the diocese.

“There’s a real yearning in the Central Valley and the High Sierras to ensure that our part of The Episcopal Church is giving real care to creation, and we see this solar project as an extension of that,” Rice said in an interview with Episcopal News Service. 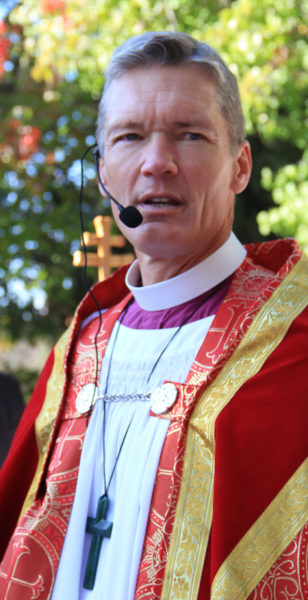 By providing space on their roofs or lots for solar power generation, the churches also may save a bit on their energy costs, but more importantly, the project is structured so that third-party developers will cover the expense of transitioning the diocese off fossil fuels. Rice also hopes that San Joaquin’s example will lead other dioceses to pursue similar projects tailored to their local environments.

Few environments in the United States are as full of sunshine as the Diocese of San Joaquin. Cloudy days are the exception in the region. Fresno, the largest city in the diocese, boasts an average of 267 days a year with clear or partly cloudy skies, according to the National Centers for Environmental Information, which ranks Fresno as the country’s seventh sunniest major city. Sunshine is particularly abundant in the summer months.

Given those conditions, solar power already is a significant part of the region’s landscape, with buildings from churches to schools to warehouses topped with panels. Cal Harling, a renewable energy consultant hired by the diocese, said San Joaquin’s plans are more ambitious than most.

Other churches have invested in solar, Harling said, “but I’m not sure they’ve done it on the level that San Joaquin is thinking about. It’s an approach that, quite frankly, large commercial companies use.”

Think of a retail chain like Walmart or Home Depot deciding to outfit all its warehouses with solar panels, he said. Harling is approaching the diocese’s needs in a similar way, negotiating financing with the diocese’s solar power partners for a regional project, as opposed to having individual congregations make their own panel purchases.

Harling explained to ENS that it is based on the general principle that all partners in the development bring something to the table: The diocese provides a location for the solar panels. A developer and financer commit to funding and installing the panels. A utility agrees to acquire the energy generated by the project for a certain rate over a period of time, usually 20 to 30 years, since solar panels begin degrading as they age beyond that, Harling said.

“Everybody gains value out of it,” he said.

One of the catalysts for San Joaquin’s project was The Episcopal Church’s Creation Care Pledge, in which more than 1,000 people during Advent and Easter committed to taking actions to improve or preserve the environment. While that call to action was “stirring the hearts” in Rice’s diocese, he and others there saw solar power as one way to do more.

“This seemed to be a faithful, natural next step for us,” Rice said. “There’s a lot of sun here.”

Harling, who knew the diocese’s chancellor, began discussing solar options with diocesan leaders early this year and was asked to draft a proposal outlining his approach to financing a diocese-wide solar project. He presented his proposal to the Diocesan Council in June and received approval to conduct a feasibility study at each of the diocese’s locations.

Each location is unique. St. Paul’s Episcopal Church in Bakersfield – only 93 cloudy days a year – already has solar panels on-site. The panels were installed on a shade structure built last year over part of the congregation’s parking lot.

“It’s a great use of the space,” said the Rev. Luis Rodriguez, priest-in-charge at St. Paul’s. “People are excited about it. I think there’s a sense of responsibility, global responsibility, and I think that feels good to people.”

Other congregations may only have limited space in which to install new panels, but even smaller components will generate renewable power. Taken as a whole, Harling determined that installing solar panels across diocesan properties could generate close to a million kilowatt hours of power in a year, the equivalent of a 600-kilowatt power system, Harling said.

With that much power, it’s possible that the diocese will reduce its reliance on fossil fuels to zero, he said.

Rice is pushing the diocese to move fast in implementing the project. The diocese’s Episcopal Conference Center near Yosemite National Park in Oakhurst is a large property with significant room for solar panel coverage. St. James Episcopal Cathedral in Fresno is another prime site for solar installation.

“There’s a sense of urgency for us to get on this,” Rice said, adding that clean energy is not just a political issue for the church. “This is about faith for us.”