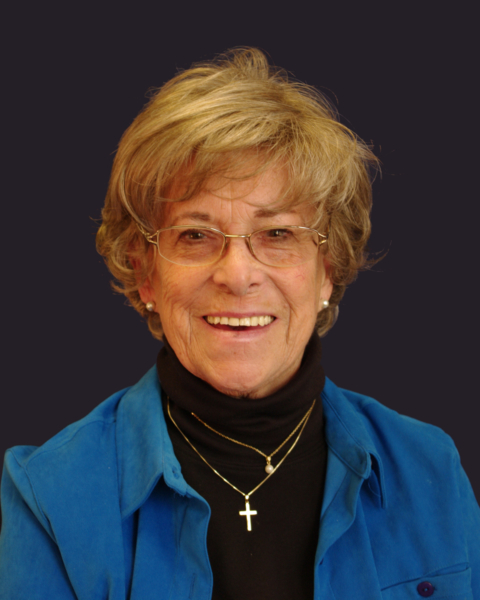 [Episcopal News Service] Marjorie “Marge” Christie, a lay General Convention deputy from the Diocese of Newark who worked for the full inclusion of women and other excluded people at all levels of The Episcopal Church, died April 14.

“She witnessed the first women being seated as deputies in 1970 and went on to serve at 13 General Conventions as a deputy or alternate deputy. My ministry and that of so many other women, lay and ordained, was formed and fostered by Marge’s powerful witness and fierce insistence on women’s leadership,” Jennings said. “She could work the floor of the House of Deputies like no one I have ever seen. At last year’s General Convention, for the first time, the majority of deputies were women. Marge’s ministry made that milestone and so many others possible, and I will be forever grateful to her.”

Christie was a delegate to the Episcopal Church Women’s triennial meetings in 1970 and 1973, which run concurrently with General Convention, and she then became a deputy in 1976.

The Diocese of Newark said Christie was “a giant of the church.”

Christie’s family plans a public memorial service in May or early June.

Christie became an Episcopalian in the 1950s after marrying her husband, George, and taking an inquirers’ class in their local congregation. Soon, she joined the women’s group at St. Matthew’s Episcopal Church in Paramus, New Jersey. Those two decisions set her on a journey of service and advocacy based in The Episcopal Church that focused on women and other excluded people.

She began her ministry before women could be General Convention deputies. In 2006, Christie introduced the resolution for the House of Deputies to confirm the election of Katharine Jefferts Schori as the church’s first female presiding bishop and thus the first female leader of an Anglican Communion province.

When the Diocese of Newark established the Marge Christie Congregational Growth and Vitality Fund in 2009, Jefferts Schori said Christie was an iconic example of the activity of a minister of the good news. The 26th presiding bishop said Christie was “passionate about empowering women and others without traditional access to power” and had “the ability to lead others in change.”

In announcing the formation of the fund, now-retired Newark Bishop Mark Beckwith said Christie had “the ability to agitate, and agitate graciously and tenaciously, for the rights of all people” and was “THE model of what it means to put faith into action.”

Bishop John Spong, Newark’s bishop from 1979 to 2000, also said at that time that Christie “was a force to be recognized. She had more energy than 10 normal people.”

Tributes and memories began to appear April 14 on Facebook as word of her death spread.

The Rev. Elizabeth Kaeton, a longtime advocate for the full inclusion of women and LGBTQ people in the church, recalled that Christie “worked tirelessly for the ordination of women who, themselves, were not called to ordination but, rather to an empowered ministry of the laity.”

Kaeton wrote that those “who were privileged to stand on her shoulders will be forever and eternally grateful that she helped us reach for the stars and dare to bring glimpses of the Realm of God into the church.”

Diocese of Fort Worth Deputy Katie Sherrod called Christie a mentor who was “a warrior woman, keen for justice, quick with mercy, and beloved of her God.” Christie was “fierce and funny and one of the smartest people I ever met. I’d say rest in peace, but good luck with that. Say a prayer for God.”

She was one of the first women to sit on Executive Council, as a representative of Province II. An early member of the Episcopal Women’s Caucus, formed to promote the ordination of women, Christie attended the groundbreaking 1974 ordination service of 11 women in Philadelphia.

As a founding member of Anglican Women’s Empowerment, Christie worked with Anglicans around the world for greater inclusion and opportunities for women everywhere. In 2012, Christie spoke with Episcopal News Service about her advocacy for women.

“I do think that women bring somewhat of a different perspective to things,” Christie said. “They tend to be more ready to make partnerships. They are deeply concerned about the outcasts and children. That’s not to say men aren’t, but I think women are more active in that, in living out how they feel about those issues … doing whatever needs to be done in order to assure that women are welcome everywhere and that their perspectives are heard and listened to.”

The ENS article profiled Christie as she prepared to head to what would be her 13th convention as a deputy. Her 2012 status began in dramatic fashion when the Diocese of Newark’s 2011 convention elected its deputies to the coming meeting of General Convention in Indianapolis. The voting came down to the final position with only Christie and her granddaughter, Caroline Christie, then 17, left on the ballot.

At that point, the grandmother withdrew in favor of her granddaughter and was later elected as the first lay alternate deputy.

Christie’s ministry of advocacy for inclusion reached beyond her attention to women’s voices. She was a founding member of The Oasis (the Diocese of Newark’s LGBTQ ministry) as well as the diocese’s Dismantling Racism Commission. In 1998, she co-chaired the diocese’s nominating committee searching for a successor to Spong and supported the inclusion of Gene Robinson, then canon to the ordinary in the Diocese of New Hampshire, on the list of nominees. He was the first openly gay priest to be nominated for the episcopate. He would become the first openly gay and partnered bishop in the Anglican Communion in 2003 when ordained and consecrated bishop of New Hampshire.

Christie was also concerned about how the church invested its money and in 1977 was appointed to the Committee on Social Responsibility in Investments. That was one of her many terms on a number of Episcopal Church committees and commissions over the years. The Diocese of Newark posted what it calls an “incomplete list” of Christie’s involvement in the diocese and The Episcopal Church here.