[Episcopal News Service] Executions resumed in Tennessee this year after a nearly decadelong hiatus, and Episcopalians who minister to death row inmates and those who advocate against the death penalty are responding with prayers and protests.

The first execution in the state since 2009 was carried out in August with the lethal-injection death of Billy Irick for the 1985 rape and killing of a 7-year-old girl. A second inmate, Edmund Zagorski, is due to be put to death on Oct. 11 for a double murder committed in 1983. An anti-death penalty group has organized a demonstration for the evening of Zagorski’s execution outside the Riverbend prison in Nashville where male death row inmates are held.

“He was definitely very excited when I visited,” Barrenechea said in an interview with Episcopal News Service. Irick didn’t have any relatives come see him, so Barrenechea often was Irick’s only contact with the outside world. That is one reason Barrenechea felt called to this ministry. “I can’t imagine the thought process of thinking there’s nobody in the entire world that’s thinking about you.”

Episcopalians also are called to such ministries by the Episcopal Church’s longtime opposition to the death penalty, as reaffirmed several times at General Convention since 1958. The 79th General Convention, meeting in July in Austin, Texas, added to that list a new resolution that calls for all death row inmates’ sentences to be reduced and enlists bishops in states where the death penalty is legal to take up greater advocacy.

“There’s considerable confusion about what might be the Christian response” to capital punishment, the Very Rev. Timothy Kimbrough, dean of Christ Church Cathedral said in an interview. “The Episcopal Church has been very clear for decades about its opposition to the death penalty. That’s one of the reasons I’m grateful to be a part of a community like this.”

Christ Church’s death row visitation ministry has been carried out by a team of up to 30 lay volunteers. Each is assigned to one of the 60 inmates awaiting execution.

Kimbrough wrote a letter to his congregation before Irick’s execution, saying such a time “tests the Divine’s resolve to forgive, hallow, and bless.”

While acknowledging the horror of Irick’s crime, Kimbrough wrote, “to murder the murderer … will neither restrain the savage impulse of another criminal nor model for society the respect that life itself would otherwise demand.”

Kimbrough also sent a letter to Tennessee Gov. Bill Haslam, asking him to convert the sentence to life in prison. Receipt of that letter was acknowledged, Kimbrough said, but Haslam did not act to stop Irick’s execution. 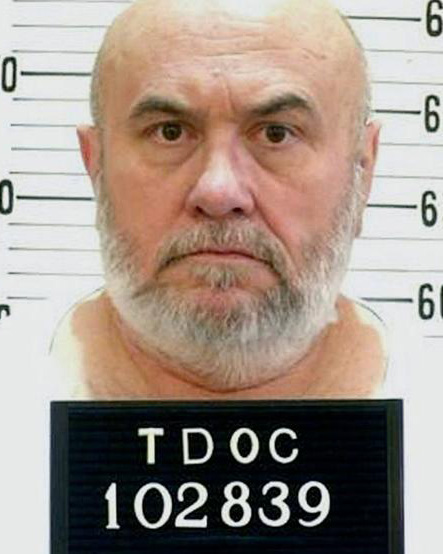 Haslam also declined on Oct. 5 to offer clemency to Zagorski despite new objections to Tennessee’s lethal injection drugs in the wake of Irick’s execution. Some experts have suggested the first drug in a three-drug cocktail failed to render Irick unconscious before the other two drugs subjected him to excruciating pain and finally killed him.

Zagorski cited the threat of “torture” in requesting death by electrocution instead, but that request was denied by the state.

When asked about the execution drug controversy, Kimbrough called it something of a spiritual “red herring.”

A Christian “who would see the death penalty dismantled would not stand for any method of execution that somehow would be deemed constitutional,” he said. “Every method of execution might be seen to a Christian as cruel and unusual. How we can look at the cross and don’t imagine that to be true, I don’t know.”

The Rev. Bob Davidson, national chair of Episcopal Peace Fellowship who submitted the anti-death penalty resolution at General Convention, argued in an email to ENS that economic disparities in the judicial system also support reducing Zagorski’s sentence to life in prison.

“Those who cannot afford adequate representation or resources” often are unable to defend against “the ultimate act of society playing God by putting someone to death,” Davidson said. “Every life has worth and value, regardless of our human actions.”

Zagorski is scheduled to be executed at 7 p.m. Oct. 11. The state Department of Correction said in its latest update that he had refused to receive a final meal.

The death penalty still is in effect in 31 states, but the number of executions nationwide has dropped steadily since 1999, from a high of 98 that year to 20 in 2016, according to the Death Penalty Information Center.

A rapid series of executions in Arkansas in April 2017, brought the issue of capital punishment back into the national spotlight. At the time, Episcopalians and other advocates hoped the attention would add momentum to the push for abolition.

Public opinion has for decades tilted in favor of the death penalty, with a Gallup poll from 2017 showing 55 percent of respondents supporting a death sentence for someone convicted of murder. Support has been on the decline since the mid-1990s, however, and polls show fewer people favor the death penalty when alternatives are suggested.