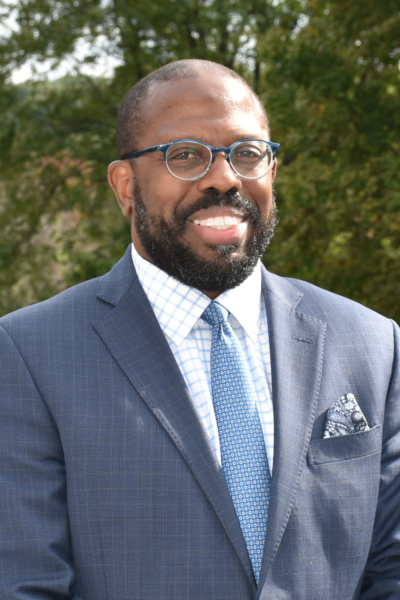 The world-famous Saint Thomas Choir School in New York today announced that in the Summer of 2021, Christopher Seeley will join the organization as its 14th Head of School. In this role, Seeley will lead the Choir School into its second century of cultivating excellence in academic study and professional musical training rooted in the Anglican choral tradition, one of only two such schools remaining in the world.

Seeley comes to STCS from Church Farm School in Pennsylvania where he has served as Assistant Head of School and Director of Academics since 2013. A new school schedule, increased efficacy of college-bound initiatives, professional development for faculty, and campus improvements have been hallmarks of Seeley’s tenure.

“I am so much looking forward to welcoming Christopher to join our highly talented and motivated school community,” said the Reverend Canon Carl F. Turner, Rector of Saint Thomas Church Fifth Avenue. “I am equally looking forward to working closely with him and with the other members of the senior staff of the church as we work together to promote the Choir School and reach one of the main goals of our strategic plan – the flourishing of the school for the next 100 years.”

Seeley graduated from Groton School in 1990. He holds a A.B. from Bowdoin College and he is a 2007 graduate of Teachers College, Klingenstein Institute, where he earned a master’s degree in education with a concentration in private school leadership. Prior to Church Farm School, Seeley served in multiple leadership roles at Trevor Day School from 2007-2013, including Head of the Upper School, and Assistant Head of School for Strategic Initiatives.

Knowledgeable and well-regarded in independent school networks nationally, Seeley is a member of the Executive Committee of The Association of Boarding Schools, a member of the Diversity, Equity, and Inclusion Conference Steering Committee of The National Association of Episcopal Schools, and a recipient of the NAIS Aspiring Heads Fellowship. While in New York from 2006-2013, Seeley was a Vestry Member at St. Michael’s Church and led its Buildings and Grounds Committee. He also served on the Advisory Committee of The Episcopal Charities of New York.

“I am thrilled to be joining the Saint Thomas community and humbled by the opportunity to lead the remarkable Choir School,” writes Seeley. “My unwavering belief in the transformational experience that a boarding school offers, coupled with my confidence in the benefits of living, learning, and growing in the Episcopal tradition, makes this an exciting new chapter for me and for my family. The Choir School is widely known for its distinctive music and academic programs, and I am eager to build upon that historical strength, and to work in these early days of our next one hundred years with members of the community as we envision a bold future for Choir School.”

Seeley’s varied experiences across boarding and day schools have deepened his belief in the power of residential learning communities, which value relationships between children and educators in students’ most formative years. From 1994-2007, Seeley served Groton School as a Religion and Ethics faculty member, varsity coach, dormitory head, and Dean of Faculty. He and a team of colleagues developed new courses to focus on sacred texts within the context of ancient history in Religion, and social justice movements in Ethics.

“Having known Chris Seeley in a variety of educational contexts over the years, I am thrilled that he will be joining the Saint Thomas Choir School family as its new Head of School. A product of boarding school himself, Chris is an exemplary educator who brings with him a wealth of knowledge and experience gleaned from working in many roles in a variety of different school contexts, including boarding schools, all-boys schools, New York City schools, Episcopal schools, and schools dedicated to providing educational access to traditionally underserved communities. Throughout the interview process, Chris’s selflessness, humility, and deep sense of vocational calling shone through. I am confident that, through Chris’s stewardship, the Choir School will both embrace a spirit of educational innovation and maintain its unique identity and sense of tradition. I know great things are in store for the school as it enters into its next hundred years with Chris at the helm.”

“I am personally delighted by the appointment of Mr. Chris Seeley to be our next Head of School. He is a remarkable individual who brings not only a wealth of educational experience to our wonderful school, but also an intrinsic understanding of the Episcopal Church and an appreciation of its music.”

Founded in 1919, the Saint Thomas Choir School is the only boarding school solely for choristers in the United States, and one of only three schools of its type remaining in the world today. The Choir School offers a challenging pre-preparatory curriculum, interscholastic sports and musical training for boys in grades three through eight. Following graduation, boys move on to highly competitive independent boarding and day schools across the country.

The Saint Thomas Choir School is committed to training and educating talented musicians without regard to religious, economic, or social background. Generous financial aid is available to all successful applicants. Inquiries from interested families are sought throughout the year.

About the Saint Thomas Choir of Men and Boys

The Saint Thomas Choir of Men and Boys is considered to be the leading ensemble of its kind in the Anglican choral tradition in the United States. While its primary raison d’être is to sing five choral services each week, the Choir also performs regularly with Orchestra of St. Luke’s and New York Baroque Incorporated as part of Concerts at Saint Thomas. Live webcasts of choral services and further information concerning recordings, tours and concerts given by the Choir can be found at www.SaintThomasChurch.org.

Over recent years, the Choir has toured throughout the U.S., Europe and Scandinavia with performances at Westminster Abbey and St. Paul’s Cathedral in London, King’s College, Cambridge, Windsor, Edinburgh, St. Albans, the Aldeburgh Festival and the Vatican. In 2012, the Boys of the Choir traveled to Dresden to give the premiere of Lera Auerbach’s Dresden Requiem with the Dresden Staatskapelle in the Frauenkirche and Semper Oper and the full choir performed later that year in the Thomaskirche at the Leipzig BachFest. Domestically, the Choir most recently toured the Southern United States.

Besides the annual performances of Handel’s Messiah, concerts at Saint Thomas Church have included Requiems by Fauré, Brahms, Mozart, Duruflé, Victoria and Howells; J.S. Bach’s Passions, Mass in B Minor and Motets; the lesser-known St. John Passion of C.P.E. Bach; the U.S. premiere of John Tavener’s Mass; the U.S. premiere of Nico Muhly’s work My Days with viol consort Fretwork; Handel’s Israel in Egypt and James MacMillan’s Seven Last Words from the Cross. In 2014, the Boy Choristers performed in Bach’s St. Matthew Passion at the Park Avenue Armory as part of Lincoln Center’s White Light Festival with the Berliner Philharmoniker under the direction of Peter Sellars and conductor Sir Simon Rattle. In 2016, a concert in memory of John Scott was performed with Orchestra of St. Luke’s under the direction of Sir Simon Rattle.

Although there are a number of Church, Cathedral, and Monastic Schools in the world that provide the education for boy and, in some cases, girl choristers, most have expanded their programs and the size of their student body to include students that are not choristers. There are only two Anglican Choir Schools left in the world where the choristers make up the whole student body and live in a boarding environment – Saint Thomas Choir School in New York, and Westminster Abbey Choir School in London. The only other comparable school is at the Roman Catholic Benedictine Abbey of Montserrat in Catalonia, Spain.