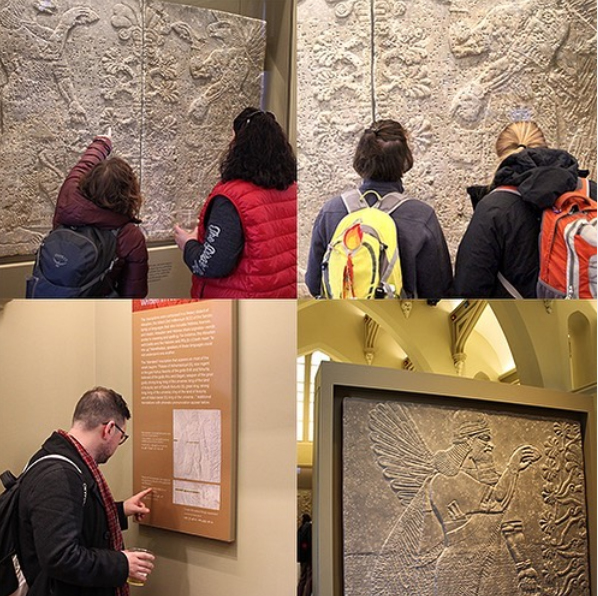 On November 12, 2019, the Very Rev. Ian S. Markham, Ph.D., dean and president of Virginia Theological Seminary (VTS), welcomed the Board of Trustees to the Dedication of Bicentennial Hall with a special service. The Rev. Catherine M. Campbell ’88, board member, read from the First Letter to the Corinthians. That lesson placed in context the renovation and dedication:

According to the grace of God given to me, like a skilled master builder I laid a foundation, and someone else is building on it. Each builder must choose with care how to build on it. For no one can lay any foundation other than the one that has been laid; that foundation is Jesus Christ.

Anticipating the Seminary’s upcoming 200th anniversary, Bicentennial Hall was chosen as the new home for two Assyrian Reliefs – one an original, and the other a replica – including the story of how they made their way from “Palace to Seminary.” These 3000-year-old treasures will continue to be an invaluable resource in the formation of future leaders of The Episcopal Church.

Built in 1855 and originally named “Key Hall,” after Francis Scott Key, Bicentennial Hall has served many functions, including educational space, a cafeteria, a library, and most recently as the hub for the Seminary’s Lifelong Learning department. During the Civil War, the building was also a hospital. The renovation to the building took two years to complete and included the unexpected task of replacing the original flooring, which was rotting. It is the first of many exciting campus renovations happening in the lead-up to the 2023 Bicentennial.

The Rev. J. Barney Hawkins IV, Ph.D., co-director of the Bicentennial Campaign and the Arthur Carl Lichtenberger Professor Emeritus of Pastoral Theology, said, “The oldest academic building on campus is now renovated for our Bicentennial and its future years of serving the ministry and mission of Virginia Theological Seminary. Thanks, ever thanks to God!”