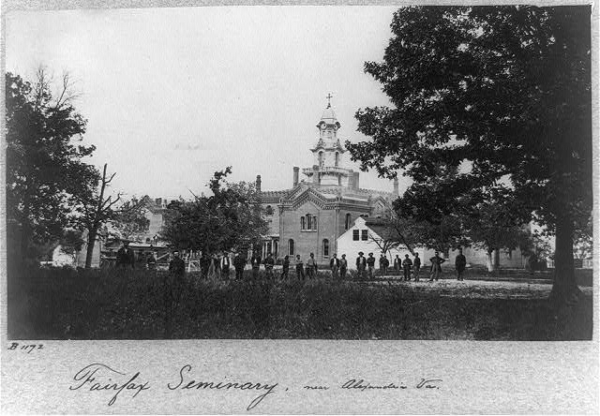 Virginia Theological Seminary (VTS) announced today that the Seminary will create an endowment fund from which the income will fund reparation.

Virginia Theological Seminary recognizes that enslaved persons worked on the campus, and that even after slavery ended, VTS participated in segregation. VTS recognizes that we must start to repair the material consequences of our sin in the past.

The income from the endowment will be allocated annually in conversation with key stakeholders for the following purposes:

The Very Rev. Ian S. Markham, Ph.D., dean and president of VTS, explained: “This is a start. As we seek to mark the Seminary’s milestone of 200 years, we do so conscious that our past is a mixture of sin as well as grace. This is VTS recognizing that, along with repentance for past sins, there is also a need for action.”

The program will be administered by the Office of Multicultural Ministries. The Director, the Rev. Joseph Thompson, Ph.D. said, “This initiative has the potential to be transformative. Though no amount of money could ever truly compensate for slavery, the commitment of these financial resources means that the institution’s attitude of repentance is being supported by actions of repentance that can have a significant impact both on the recipients of the funds, as well as on those at VTS. It opens up a moment for us to reflect long and hard on what it will take for our society and institutions to redress slavery and its consequences with integrity and credibility.”

This fund is fully funded by Virginia Theological Seminary as part of our commitment recognizing the racism in our past and working toward healing and reconciliation in the future.

Founded in 1823 as a beacon of hope in a country new and finding its way, Virginia Theological Seminary has led the way in forming leaders of the Episcopal Church, including: the Most Rev. John E. Hines (VTS 1933, D.D. 1946), former presiding bishop of the Episcopal Church; the Rt. Rev. John T. Walker (VTS 1954, D.D. 1978), the first African-American bishop of the Episcopal Diocese of Washington; and theologian, author and lay preacher Ms. Verna J. Dozier (VTS D.D. 1978). Serving the worldwide Anglican Communion, Virginia Theological Seminary educates approximately 25% of those being ordained who received residential theological education. Visit us online at www.vts.edu.