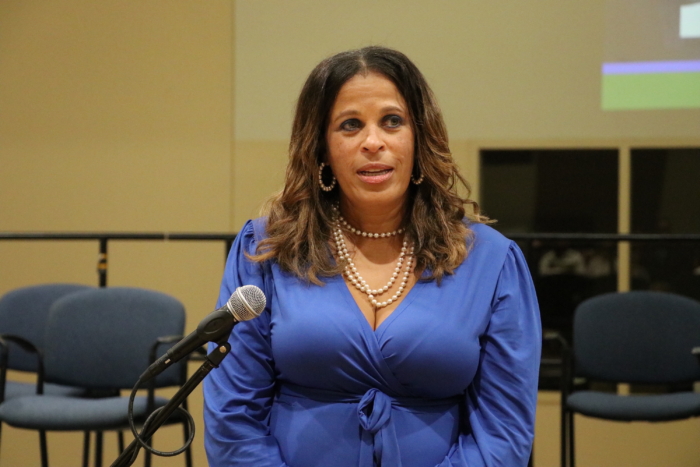 Trinity Episcopal School officially installed Imana Sherrill as Head of School during a ceremony on Friday, Nov. 4. Mrs. Sherrill is Trinity’s third Head of School since its founding in 2000.

The Right Reverend Mary Gray-Reeves of The College for Bishops of the Episcopal Church presided over the ceremony, which was rescheduled due to Hurricane Ian.

Mrs. Sherrill began her tenure at Trinity on July 1, 2022. The Trinity Board of Trustees selected Mrs. Sherrill in January 2022 following a nationwide search.

“Trinity is such a beautiful place and I thank you so much for trusting me,” Sherrill said. “I look forward to how we’re going to grow together.”

The installation ceremony included songs performed by Trinity students and community members, prayers and messages from local clergy, and a video message from The Most Rev. Michael Bruce Curry, President Bishop and Primate of the Episcopal Church.

“Trinity is a school of love and Mrs. Sherrill believes that in education, as in life, you must lead by love,” Curry said.

Founded in 2000 in Charlotte’s First Ward, Trinity Episcopal School is the only K-8 independent school in uptown Charlotte. Trinity students, faculty, and staff live into the school’s core values of creating scholars, embracing diversity, and nurturing spirituality. With 444 students in the 2022-23 school year, Trinity is accredited by the National Association of Episcopal Schools, the Southern Association of Independent Schools, and the Southern Association of Colleges and Schools.