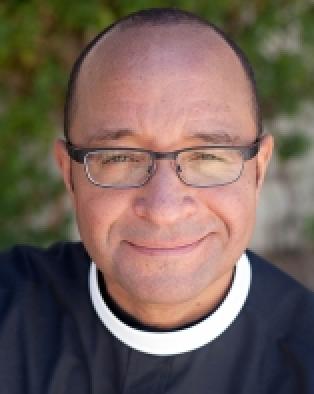 The Vestry of Trinity Church Wall Street announced today that the parish has called the Rev. Phillip A. Jackson as its next Rector. Jackson, who currently serves as Trinity’s Priest-in-charge, will be the historic church’s 19th Rector.

“Over the past two years, under Phil’s faithful leadership, Trinity has deepened our commitment to our missional work, expanding our outreach to those in need, awarding nearly $80 million in grants, and creating new ways to be in community, serving our neighbor and God,” said John G. Talty, church-warden. “This has been particularly important – and challenging – during the pandemic, and we are grateful for and blessed by Phil’s vision and guidance.”

“This is a joyous day for Trinity, for our neighborhood, and our city,” said Susan Hewitt, church-warden. “Phil has challenged us to deepen our faith and do more together in Christ’s name to serve, help, and heal during these difficult and challenging times, and we look forward to continued work with Phil, the congregation, and the staff to fulfill our mission.”

Jackson’s institution as Rector will take place at Trinity Church on Saturday, Feb. 26, at 11 a.m.

“I am humbled to be called to lead this loving congregation, dedicated Vestry, and committed staff as we seek to do God’s work here in New York City and around the world,” said Jackson. “With its resources, Trinity has the unique opportunity – and responsibility – to respond to the needs of our times by feeding the hungry, working to end homelessness, and promoting racial justice, while supporting others who do the same.

“Our service in New York City is especially critical right now, as we continue to deal with the fallout from the COVID-19 pandemic, which has hit the most vulnerable disproportionately hard,” said Jackson, who as Trinity’s first Black Rector brings a broad and inclusive perspective to the current challenges.

Jackson was appointed as Trinity’s Priest-in-charge in January 2020 by the Rt. Rev. Andrew M. L. Dietsche, Bishop of the Episcopal Diocese of New York. In that role, Jackson has performed all the duties of a Rector, including acting as the spiritual leader of the parish, and as the chief executive officer of the organization. Prior to serving as Priest-in-charge, Jackson was Vicar of Trinity, responsible for the pastoral and congregational life of the parish.

Before coming to Trinity in February 2015, Jackson was the Rector of Christ Church of the Ascension in Paradise Valley, AZ, where he led reconciliation, congregational growth, and community engagement in the Phoenix area.

Jackson also has served parishes in Houston and Detroit, and before being ordained as a priest, he practiced law as a litigator in Hawaii.  He serves on the boards of Amherst College, the City University of New York Law School Foundation, the Charles H. Revson Foundation, the Anglican Communion Compass Rose Society, the Mead Art Museum, and the Gilder Lehrman Institute of American History President’s Council.

Now in its fourth century, Trinity Church Wall Street is a growing and inclusive Episcopal parish of more than 1,200 members. The parish is guided by its core values: faith, integrity, inclusiveness, compassion, social justice, and stewardship. Members come from the five boroughs of New York City and surrounding areas to form a racially, ethnically, and economically diverse congregation. More than 20 worship services are offered every week online and at its historic sanctuaries, Trinity Church and St. Paul’s Chapel, the cornerstones of the parish’s community life, worship, and mission, and online at trinitywallstreet.org. Trinity Commons, 5 floors of programming space built to support the larger community, will open in 2022.