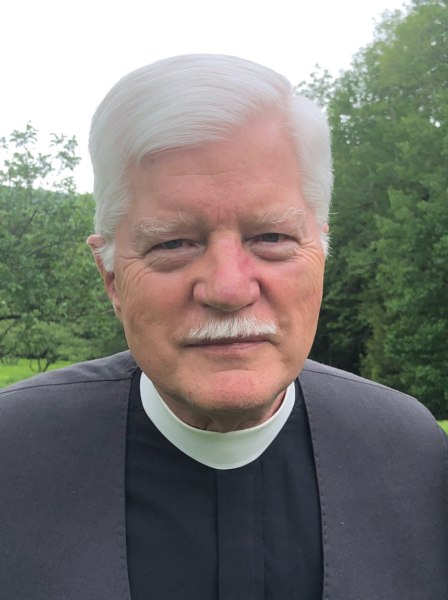 Titus Presler has been appointed Executive Director of the Global Episcopal Mission Network, announced GEMN President Ayda Patricia Martin at the organization’s annual meeting in May.

Martin, who represents the Diocese of the Dominican Republic to GEMN, explained that GEMN had been preparing to launch a leadership search.  With Presler nearing the end of his two-term limit on the GEMN board, the board asked him to consider becoming the part-time executive director, and he agreed.

“I am very grateful that Titus will continue offering his invaluable service, now as Executive Director of GEMN,” Martin said. “His expertise and vast experience are essential in achieving the purposes and goals of the global mission of the Episcopal Church. Personally, it is an honor and a blessing to work directly with Titus: leader, teacher, pastor, and friend.”

Presler is an Episcopal missiologist with extended mission experience in Africa and Asia.  He grew up in India as the child of theological educators.  He and his wife Jane served as missionaries in the Eastern Highlands of Zimbabwe after that country’s Liberation War.  More recently he served four years as principal of Edwardes College in Peshawar, Pakistan.  He was president of GEMN from 2018 to 2022 and is board member of Bridges to Pakistan, a GEMN member organization based in Texas.

“I look forward to linking mission groups with one another, nourishing mission companionship, and catalyzing greater global engagement around the church,” Presler said. Previous GEMN staff included Molly O’Brien as interim coordinator in 2021 and Karen Hotte as executive director from 2014 through 2020.

Presler served 11 years as rector of St. Peter’s Church in Cambridge, Mass., which became a mission-activist parish, and he co-chaired the Wider Mission Commission of the Diocese of Massachusetts.  He co-chaired the Volunteers in Mission Committee, which supported 76 persons in mission abroad from 1991 to 2002.  He was a researcher for the Global Anglicanism Project, in which he focused on the Church of North India, and was a consultant for the Anglican Indaba Project, coordinating theological consultations held in Delhi, Barbados and Virginia.

Presler holds a B.A. from Harvard, M.Div. from General Seminary, and Th.D. in missiology from Boston University.  He is former president of the Seminary of the Southwest and academic dean of General Seminary.  He taught at Episcopal Divinity School, Gaul Theological College in Harare, Harvard Divinity School and Pittsburgh Theological Seminary, and has been a visiting researcher at Boston University School of Theology.  A member of the American Society of Missiology and the International Association for Mission Studies, he specializes in mission theology and gospel-culture interactions.

In addition to numerous articles and book chapters, Presler is the author of Transfigured Night: Mission and Culture in Zimbabwe’s Vigil Movement; Horizons of Mission in the New Church’s Teaching Series; and Going Global with God: Reconciling Mission in a World of Difference.  He co-authored the 2020 GEMN study book, Questing: The Way of Love in Global Mission. His recent article, “The Poverty Captivity of Mission in the Churches – and Strategies to Liberate It,” appeared in the January 2022 issue of the International Bulletin of Mission Research.