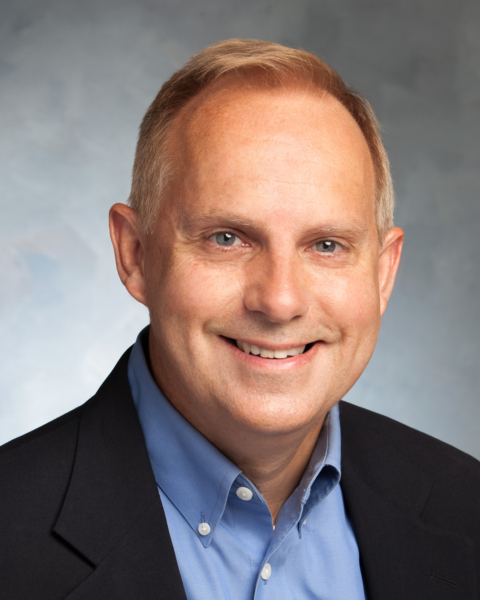 Greg Garrett, Ph.D., professor of English at Baylor University and author of “A Long, Long Way: Hollywood’s Unfinished Journey from Racism to Reconciliation.”

Movies, books, sermons, political speeches and other forms of discourse that Americans consume have played a pivotal role in shaping popular attitudes and opinions, including those about race and racial dynamics.

Greg Garrett, Ph.D., professor of English at Baylor University and Theologian in Residence at the American Cathedral in Paris, has been awarded a $488,000 grant by the Eula Mae and John Baugh Foundation to study those dynamics and illuminate the ways various forms of American culture have promoted racial myths through the centuries, influencing how people perceive others of different races.

“Racial mythologies have been deeply embedded in American life, from film to legal codes to theology to popular and material culture,” Garrett said. “Any myth that denies a person her or his humanity has to be excavated, examined and repented. So often, we are unconscious of the degree to which those mythologies are operating and even defining us.”

The grant will support research and scholarship into a variety of media and foster the development of public programming in a variety of settings to unpack the transmission of racial mythologies, which Garrett defines as messages or images that reinforce dominance of one group over another or stereotype other races, propagating a defined reality that many people accept in orienting their lives.

“I use the term mythology a lot,” Garrett said. “The value people often attach to it is that mythology is a lie. But I’m much more involved with the idea that mythology shapes the way we understand our lives, the world, God and each other. Racial mythologies about the inferiority of other races are untrue in the way we usually think of myths as lies, but they’re also powerfully true in the way that people have oriented their lives around them and used them to make sense of the world.”

As a professor and theologian whose work explores film, literature, theology and more, Garrett developed an interest in studying racial mythologies in the five years he spent researching and writing his recent book from Oxford University Press, A Long, Long Way: Hollywood’s Unfinished Journey from Racism to Reconciliation, and participating in related programming. He is a co-founder of the annual film festival at the Washington National Cathedral, the “Long, Long Way Series,” analyzing the ways film and culture can impact conversations on race and justice.

Just as film and other forms of media can spark positive action, Garrett said, they can also breed stereotypes and mythology that gets passed down, such as the movie “Gone with the Wind,” one of the most popular of the “Noble Cause” narratives, or even the Aunt Jemima products, which were a daily reminder for 130 years of the Mammy stereotype before being removed from the market. Political and religious discourse also have reinforced racial narratives that are counterfactual but powerful, from Colonial American to the present.

“While many sermons absolutely recognized the equality of all people, others served the ideas of racial hierarchies and slavery. I am really interested in continuing to excavate these mythologies and helping us develop a higher consciousness about the ways these have been employed and foster meaningful conversations across the racial divide,” he said.

The early stages of his Baugh Foundation-sponsored research will focus on widespread research collaborations and the analysis of movies, books, sermons, theological writing, political discourse, pop culture and more, with results published in a variety of scholarly and popular publications. A second phase will focus on the development of programming and partnerships that will shape conversations and introspection about the stories society tells.

“Learning that you have allowed false myths to define your reality and resolving to seek truer ones can be a huge part of a movement towards change,” Garrett said. “That’s why conversations, books and public conversations about racial mythology matter. They expose us to stories that have shaped us so that we can no longer live in denial.”

Garrett will draw on partnerships with the Washington National Cathedral, Baylor University’s Baylor in Washington program, and the American Cathedral of the Holy Trinity in Paris, and employ a Fall 2021 research fellowship at Oxford University to develop programming that speaks to a variety of audiences, from students at Baylor and other campuses to religious settings to political leadership.

“Dr. Garrett has been at the forefront nationally and internationally on the subject of race relations and reconciliation as author, renowned speaker and conference organizer at the National Cathedral,” said Lee Nordt, Ph.D., dean of the College of Arts & Sciences at Baylor. “We are deeply grateful to the Baugh Foundation, which has allowed us through the decades to make significant strides through endowments supporting timely research projects and much-needed scholarships for our students.

“Our hope is that, through his research, Dr. Garrett will uncover the fundamental underpinnings that inhibit the full integration of peoples of all color into our society in a way that others will embrace as something demanded of us through our faith.”

The Baugh Foundation grant has provided for three years of funding for Garrett’s research and program development.

Baylor University is a private Christian University and a nationally ranked research institution. The University provides a vibrant campus community for more than 19,000 students by blending interdisciplinary research with an international reputation for educational excellence and a faculty commitment to teaching and scholarship. Chartered in 1845 by the Republic of Texas through the efforts of Baptist pioneers, Baylor is the oldest continually operating University in Texas. Located in Waco, Baylor welcomes students from all 50 states and more than 90 countries to study a broad range of degrees among its 12 nationally recognized academic divisions.

ABOUT THE COLLEGE OF ARTS & SCIENCES AT BAYLOR UNIVERSITY

The College of Arts & Sciences is Baylor University’s largest academic division, consisting of 25 academic departments and eight academic centers and institutes. The more than 5,000 courses taught in the College span topics from art and theatre to religion, philosophy, sociology and the natural sciences. Faculty conduct research around the world, and research on the undergraduate and graduate level is prevalent throughout all disciplines. Visit baylor.edu/artsandsciences.