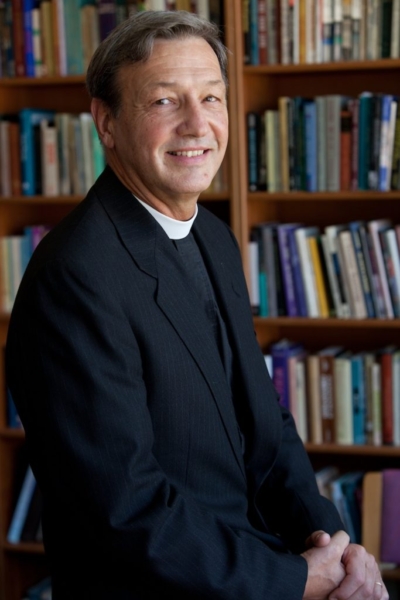 The Very Rev. W. Mark Richardson, PhD, president and dean of the Church Divinity School of the Pacific (CDSP), announced Jan. 5 that he will retire at the end of the 2021-22 academic year.

“It has been my privilege and honor to serve the Board of Trustees, faculty, and students at CDSP for the past 11 years,” said Richardson. “The Rev. Phil Jackson, Priest-in-charge at Trinity Church Wall Street, and I began discussions about my retirement in early spring of 2021. Now, with the completion of a new strategic plan for CDSP, it is time for new leadership to take the vision forward and continue CDSP’s 128-year legacy of excellence in theological education for the Episcopal Church.”

“We are grateful for Mark’s leadership and for his many contributions to CDSP,” said Jackson. “Under his leadership, CDSP began online and low-residence programs, which have grown in number and expanded the availability of theological education beyond the physical walls of the classroom. CDSP also developed a new curriculum that focuses on mission, discipleship, and evangelism for the 21st century and for today’s church, which became the basis for the first community organizing program in an Episcopal seminary. Mark also launched several new scholarship programs and has developed fruitful partnerships with other seminaries, churches, and institutions of higher education that benefit CDSP’s students and faculty,” Jackson said. Trinity Church Wall Street and CDSP entered into a partnership in 2019.

During his service, Richardson also began creative stewardship of the CDSP campus, including leasing underutilized space to the University of California at Berkeley’s School of Engineering, sharing residential space with other schools, and developing a business model for CDSP’s conference and guest service. He also undertook major renovations of campus public spaces. Through Trinity’s support, CDSP has begun offering full scholarships to ordination-track Master of Divinity students.

Richardson was installed as CDSP’s president in 2010, following a professorship in theology at General Theological Seminary in New York City. Before that, he led the Science and Spiritual Quest Project of the Center for Theology and Natural Sciences while professor-in-residence at The Graduate Theological Union. Richardson also served as senior theological advisor at Trinity Church Wall Street. He began his ministry working in Harlem on sweat equity housing development.

Richardson will complete his term as dean at the end of the current academic year.