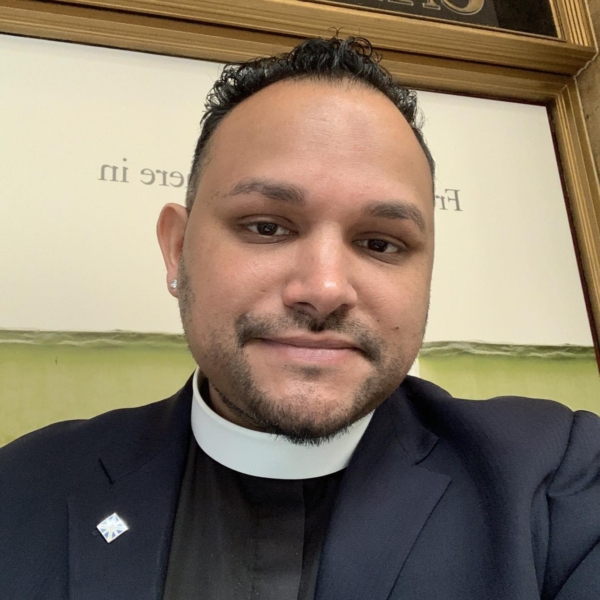 The Rev. Ranjit K. Mathews has accepted the invitation to serve as the Canon for Mission Advocacy, Racial Justice, and Reconciliation in the Episcopal Church in Connecticut. This new position will work with parish and diocesan leadership to make real God’s realm of justice, love, and peace, with a focus on our commitment to dismantle racism and white supremacy in our nation and in our church.

“I am enlivened about this new position and the opportunity to midwife with others such critical work for the Church and the world,” said Ranjit. “I’m looking forward to working with parishes across ECCT to further deepen God’s mission of restoration and reconciliation, and further embody the Beloved Community.”

Ranjit graduated from The George Washington University with a Bachelor’s in Business Administration, and from Union Theological Seminary with a Master’s in Divinity with a focus on Contextual Theology.

Prior to his work with the churchwide office, the Rev. Mathews was associate rector of St. Luke’s Episcopal Church in Long Beach, California, a bilingual parish where he worked to build connections between the English-speaking and Spanish-speaking community members and led the youth group. Before that he was a Lecturer in Theology at the Msalato Theological College of St. John’s University in Tanzania as a member of The Episcopal Church’s Young Adult Service Corps, and served as assistant rector of St. Michael’s Episcopal Church in Milton, Massachusetts.

Since May 2017, Ranjit has been the rector of St. James Episcopal Church in New London, CT. In 2019, Ranjit was named a Community Partner by the New London chapter of the NAACP. He was recently appointed the secretary of the Social Justice and International Policy Legislative Committee for the House of Deputies, and the Chair of the interim Task Force of Dialogue with South Sudanese Anglicans living in the diaspora.

Ranjit lives with his spouse, Johanna, their two boys, Dhruv and Kabir, and their dog, Samara. He grew up in the Boston area and considers New England home. Ranjit loves national and local politics, pop culture, hip-hop, sports, and being out in nature. He wants to be a star tennis player and accomplished potter in his other life.

“I can think of no better person to serve as our Canon for Mission Advocacy, Racial Justice, and Reconciliation than Ranjit,” said the Rt. Rev. Ian T. Douglas, Bishop Diocesan. “He is passionate about Jesus’ invitation to make real the Realm of God in the world. Ranjit’s broad experience, locally and across The Episcopal Church and the Anglican Communion, will help all of us in the Episcopal Church in Connecticut to pursue more faithfully and effectively God’s mission of restoration and reconciliation and advance our anti-racism commitments.”