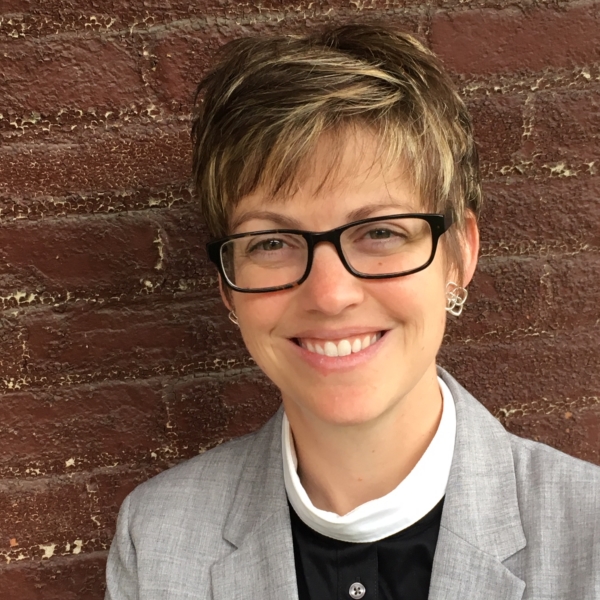 The Episcopal Cathedral of St. Paul in Erie, Pennsylvania, has named the Rev. Melinda Hall, 35, as its eighth dean.

Hall, vicar of Holy Trinity Episcopal Church in Brookville, Pennsylvania, was elected unanimously on Friday by the cathedral chapter, the church’s governing board, which includes the Rt. Rev. Sean W. Rowe, bishop of Northwestern Pennsylvania. She will take up her new post on October 15 and will be installed early in 2020.

“I’m honored and excited to be in ministry with the people of the cathedral,” Hall said. “This is a fascinating time for Erie and for the cathedral congregation. As downtown Erie redevelops, the cathedral’s more open spirituality and tradition of beautiful worship can provide opportunities for people to find a sacred space where they can connect to themselves and to God.

“At the same time, the church needs to be a voice of faithfulness making sure people on the margins aren’t left out of change,” she said. “At the core of who I am as a priest is the conviction that the church exists for the world.”

A native of Kentucky, Hall taught English in South Korea and studied in England and Lebanon before being ordained a priest in 2013. She grew up in the evangelical Christian church and was initially drawn to Anglicanism while attending choral evensong during a study abroad term at Oxford University.

“Melinda is a gifted preacher, teacher and pastor, and she is deeply committed to our region and its people,” Rowe said. “Her faithfulness to the gospel and energy for collaborating with the community make her the ideal leader for this new chapter in the cathedral’s history.”

The Very Rev. Dr. John P. Downey, who has served as dean of St. Paul’s since 1987, will leave the position on October 1 for a final sabbatical and retire at the end of 2019.

“Melinda impressed the chapter with her vision for the cathedral, particularly its role in the remaking of Erie and its downtown,” wrote Ed Palattella, who chairs the cathedral chapter, in a letter announcing Hall’s election. “The chapter is excited about her desire to expand the mission of the Cathedral by building on Dean Downey’s steady leadership, always drawing strength from Christ’s message of hope.”

Hall is married to the Rev. Nathan Royster, a Presbyterian minister. The couple have a four-month-old son, Luke, and will move to Erie in the fall. Before then, Hall will resign her position on the Brookville Area School District Board, to which she was elected in 2017.

The Cathedral of St. Paul, home to a 250-member congregation, was founded in 1827 and became the cathedral of the Diocese of Northwestern Pennsylvania when it was established in 1915.