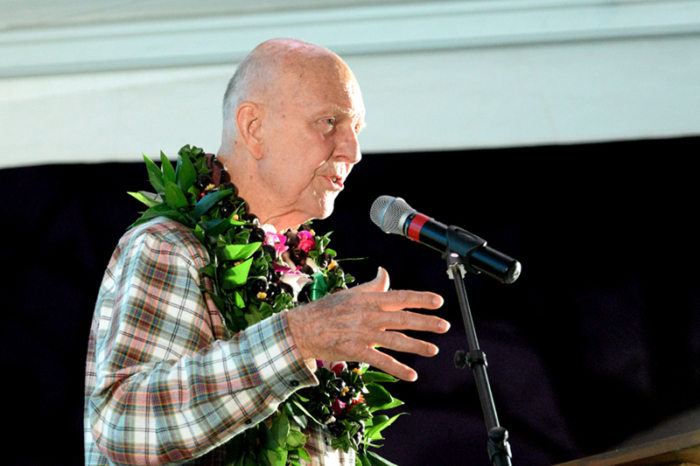 Nestled among the Ironwood trees along the coast of O’ahu’s pristine North Shore, is Camp Mokulē’ia, the Diocese of Hawai’i’s precious venue starring nature at its finest with breathtaking scenery and dazzling sunsets. Its 75-year history is steeped in the countless memories of generations young and old who frolicked in the turquoise waters, burned a s’mores or two, or escaped to a secluded spot on the beach for a solemn moment of reflection and prayer.

On Saturday, September 3, 2022, Camp Mokule’ia’s year-long observance of its 75th anniversary culminated with a gala event that honored one of its staunchest supporters, the Rev. Canon David Kennedy. His father, the Right Rev. Harry Kennedy, Bishop of The Episcopal Church in Hawai’i at the time, founded Camp Mokulē’ia, and as a teenager, David had the distinction of being one of its first junior counselors. The year was 1947, and his connection to the Camp has never ceased. Through the years, he has served as a Junior Counselor, Camp Director, and as Chair of the Camp’s Board of Directors.

The breezy afternoon trades calmed down just in time to create a magical setting for the over 200 people arriving for this special event. They were treated to an evening chock-full of activities, exploration, entertainment, and ono food! From the moment guests arrived, they were encouraged to explore the property and take part in a few fun activities along the way.

In appreciation for his many years of dedicated service, a kukui tree was planted to honor David Kennedy. Bishop Robert Fitzpatrick, who praised Father Kennedy’s commitment and support, blessed the tree and offered a heart-felt message and prayer. A plaque placed nearby bears the inscription: “In celebration of the 75th Anniversary of Camp Mokule’ia this kukui tree was planted in appreciation and honor of The Rev. Canon David Kittle Kennedy for his years of dedicated service to Camp Mokule’ia September 3, 2022” 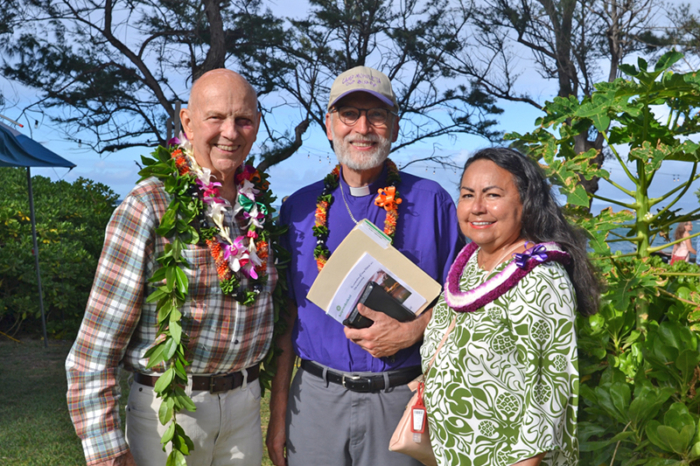 Introducing the honoree was the Rev. Canon Brian Grieves, whose impeccable knowledge of the Diocese and its clergy are well-known. His humorous reference about selecting someone for this honor “who had to be old” elicited laughter, but the choice of David Kennedy couldn’t have been more fitting or well-deserved.

​Grieves had penned the bio of Kennedy that appeared in the event program, and also collaborated on a detailed historical account of Camp Mokulē’ia that was prepared for this 75th anniversary event. That document, complete with photos from days long gone, can be viewed and downloaded HERE. A special video presentation highlighting the Camp’s program and facilities was also shared. 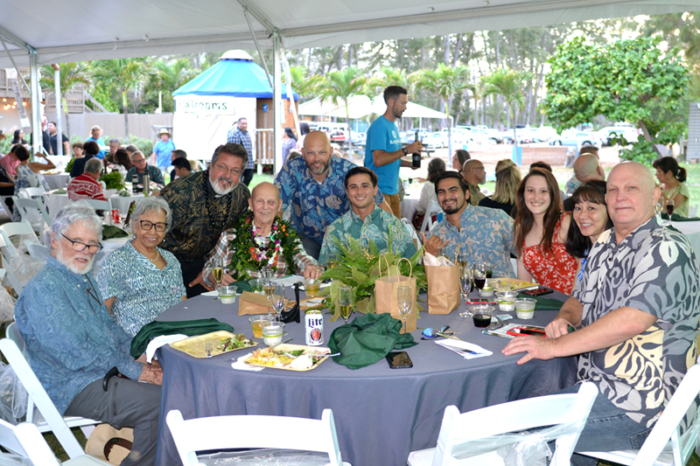 Kennedy reflected on his time with the Camp and how far it had come in 75 years, enduring extreme challenges both physical and financial. Somehow, it always weathered the storm. He closed with a strong message for everyone to support the Camp that has helped shape so many lives over the years. “You may never know the impact you could have on someone,” remarked Kennedy in closing.

To read the full article with slideshows and video clips, visit the Diocese of Hawai’i’s news website HERE.