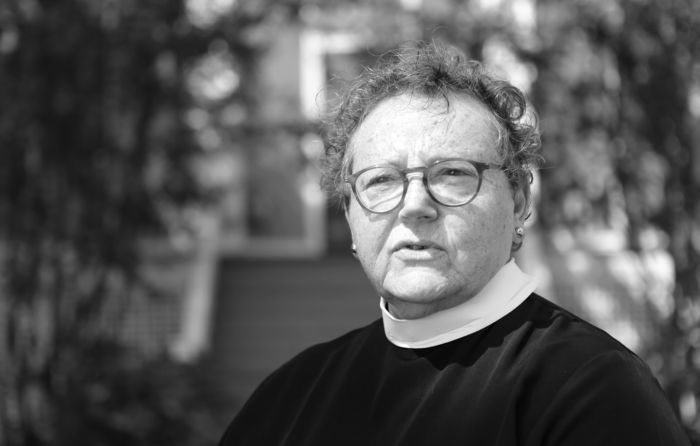 Johnson is a native of Brooklyn, NY, and received her PhD from the University of Virginia in education. She taught at the University of Richmond. In 2001, she returned to New York City to pursue theological studies at The General Seminary. Four days into her seminary studies was September 11, 2001. Her spiritual journey was underway in a most profound manner, and it would lead her to St. Margaret’s after seminary to serve the school for eight years as their Chaplain. Johnson is Rector at St. John’s Episcopal Church where Bell is a member.

“When I arrived at St. Margaret’s School in 2004, I was called here by God. And when I left SMS in 2012 I thought my work at the school was done…I was mistaken,” said Johnson. “We are all called to follow God’s way so it must be that God knows my work at SMS is not yet complete.”

Bell found Johnson “a no-nonsense theologian. I want the girls of St. Margaret’s exposed to her spiritual intelligence and disciplined scholarship – especially in a time where schools can be adrift in our digitally-charged water,” he said.

As St. Margaret’s celebrates its Centennial, Johnson’s appointment signals a reinvigoration of the school’s core mission.  The school’s motto rises from prayer, “as we grow in age, may we grow in grace.” Bell will be looking to Johnson to lead from the pulpit to reveal what grace will mean on the century-old campus. Bell added, “We want our motto well instilled in the hearts and minds of the faculty, staff, and the girls. Our inclusivity rises from our faith and the education to which it is fixed.”

Johnson will conduct her first service for the faculty and staff at their opening meeting this August.