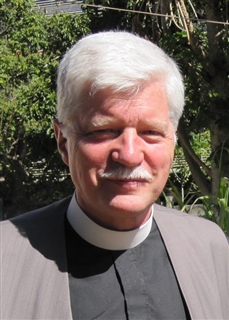 [Episcopal News Service] “Terrorism has no religion,” read a placard at a demonstration in New York. The slogan expressed a wish, but the evidence indicates otherwise.

Terrorism often does have a religion. It may be Islam, as in the San Bernardino, Paris and Orlando mass killings and the atrocities of ISIS. It may be Christianity, as in the Colorado Springs killing and the much older church-sanctioned lynchings of African Americans in the American South. It may be Judaism, as in killings by settlers on the West Bank. It may be Hinduism, as in the Gujarat riots of 2002. It may be Sikhism, as in the insurgency in Indian Punjab in the 1980s. It may even be Buddhism, as religious minorities in Myanmar and Sri Lanka have now experienced.

So is religion inherently pernicious? No, for not only are most people in the world religious but the religious practice of most people grounds them spiritually and nurtures wisdom, compassion and communal commitment.

In a 21st century marked by religiously motivated violence, the duty of responsible religious people is to acknowledge that all our religions have elements that twisted minds will twist. And we must actively oppose the movements within our religions that veer toward conflict and violence. This requires honesty about our scriptures, all of which contain elements that can be used to justify violence. It requires analysis of our theological traditions, careful formation of religious leaders, and lots of advocacy – in print, in person, and online.

But a couple of reflexive responses to religious violence simply deny reality, and this blocks constructive approaches.

The first denial reflex insists that perpetrators of violence are not, in fact, Muslims, or Christians, Hindus or whatever, but just claiming to be such, because, so the arguments go, “Islam is a religion of peace,” or “Jesus taught non-violence,” or “Hinduism would never condone killing,” and so on. This response is a well-meaning attempt to shield faithful religionists from a horrified but misinformed public equating this or that religion – most acutely Islam at the moment – with the violence perpetrated by some of its adherents.

But asserting that violent killers are are not members of the religion they profess does not fit facts. Robert Dear, the Colorado Springs shooter, had idiosyncratic views of Christianity that were probably affected by mental illness, but his statements indicate that he was in the orbit of Christian fundamentalism. Not only were the San Bernardino killers apparently inspired by ISIS, but Syed Farook attended mosque regularly and Tashfeen Malik was known to be devout.

Denying that religious killers are genuinely religious forecloses the one most promising means of countering religious extremism in our time, and that is for all religious communities to take responsibility for their fundamentalists, extremists and militants.

Instead of saying they are not “real” or “true” Muslims or Christians or Hindus, we need to acknowledge that, although horrifically mistaken in their religious interpretations, they are part of our respective communities. Such acceptance can energize us to transform the understandings and contexts in which fundamentalist militancy takes root by addressing the scriptural, theological and communal issues involved.

The only effective counter to Muslim terrorism – in France, Pakistan or the USA – is teaching and persuasion by other Muslims. The only effective counter to Christian terrorism – in the USA, Nigeria or Sudan – is teaching and persuasion by other Christians. And so on. But if we in the religions wash our hands of our militants, the future holds only more bloodshed, not the hoped-for day of tolerance and peace. Since religion is part of the problem in religious violence, religion must be part of the solution.

A second common denial reflex is to say that what appears to be religiously motivated violence is really economic, ethnic or political and that religion is only being used as a pretext. This analysis recycles the secularization hypothesis of the 20th century, which supposed that the decline of religion in Europe and North America heralded an inevitable decline of religion throughout the world. Religion was marginal in human motivation and would only become more so. That prediction turned out to be just another ethnocentric projection by the west onto the rest of the world. Not only is the 21st century proving to be indelibly religious, but conflict involving religion is intensifying – and now in the west as well as the rest.

Any social phenomenon is complex and cannot be reduced to one factor. So it’s not that “religious conflict” and “religious terrorism” are only religious. Cultural, economic, ethnic and political factors are at work, but religion is also a factor through tradition, worldview and motivation. It makes no more sense to ignore the religious dimension than it does to ignore any of the other dimensions. Dismissing religion when it’s staring us in the face cripples our ability to address the totality of the phenomenon of violence that involves religion.

So how can religious communities counter extremism in our midst in the age of internet radicalization? A way forward for Islam is being charted by Nahdlatul Ulama, the Indonesian Muslim movement that is undertaking a global campaign to oppose the rhetoric of the Islamic State and other jihadi groups with online and conference presentations that reject exclusivism and violence and offer a version of Islam that stresses tolerance and non-violence. The premise of Nahdlatul Ulama’s campaign is not that ISIS jihadis are not Muslims but that they are mistaken Muslims who are distorting the faith. This kind of effort is imperative not only in Islam, but also in Christianity, Judaism, Hinduism and Buddhism.

The prominence of religion on the world stage today is something no one expected 50 years ago. All of us, religious and secular alike, need to recognize the power that religion is wielding. Those of us within the religions must dig deeply into our traditions and offer up resources for transformation and reconciliation.

— The Rev. Titus Presler is a priest and theologian of the Episcopal Church. He was president of the Seminary of the Southwest in Austin, Texas, and is principal-in-exile of Edwardes College in Peshawar, Pakistan.