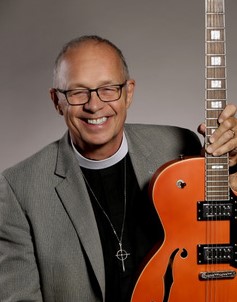 The Episcopal Preaching Foundation has announced that The Rev. Stephen Smith will lead the Foundation’s new initiative to develop the lay preacher training program currently in development for pilot testing in six Episcopal dioceses. The Lay Preacher Training Initiative (“LPTI”) is a multi-year program currently funded by a grant from Trinity Church Wall Street.

Smith has served in parish ministry for 37 years, most recently as rector of St. Patrick’s, Dublin, Ohio. He has a D.Min. in preaching (2013) from the School of Theology at the University of the South. His Doctoral work was on how changing media formats, and generational usage of those media, challenges the task of preaching.

As an educator, Smith has taught preaching in various settings, from dozens of conferences on preaching for the Episcopal Preaching Foundation, to developing and leading a program of lay preacher training in the Diocese of Southern Ohio for ten years. For the Diocese of Southern Ohio Father Smith, along with another Diocesan priest and the diocesan canon for formation, developed and honed the two-year curriculum for training lay preachers. The Diocesan program has graduated and licensed over 15 lay preachers. In addition, Smith assisted in training Deacons, especially in the task of preaching, in two dioceses over a span of almost 20 years.

Recently, Smith was integral in the development of an online curriculum for preaching to be utilized by the Iona Collaborative. He helped choose and recruit the leadership and narrated a portion of the videos on-camera.

In parish ministry, Smith has served a downtown Cathedral, an industrial town church, and three suburban churches. He increased membership and attendance at each, expanded programming for youth and children, and helped churches develop outreach ministries that transform lives.

He is the author of Saving Salvation: The Amazing Evolution of Grace (Morehouse 2005), as well as numerous articles for Forward Movement and various periodicals.

The vision of the Foundation’s new Lay Preacher Training Initiative is to establish lay preaching and lay leadership as a fourth dimension of diocesan leadership in the Episcopal Church alongside bishops, priests, and deacons.

The LPTI goal is to develop a robust cadre of lay preachers drawn from within their local communities who can supplement ordained clergy in the pulpit. Lay preachers serve congregations lacking full-time or bi-vocational clergy, provide second-language preaching where the need exists, and offer a different voice of the Good News from within the community, as well as providing schedule relief on the preaching roster as needed.

About the Episcopal Preaching Foundation

The Episcopal Preaching Foundation encourages excellent preaching in the Episcopal Church. The EPF strongly believes in the foundational role of preaching to energize and build church membership and attendance in today’s challenging environment, as recently documented by Gallup and the Pew Research Center. Founded in 1987, the foundation began its programs in earnest immediately. Since then, more than 1,800 seminarians have passed through its Preaching Excellence Program, including numerous bishops and one presiding bishop. More recently, the EPF has expanded programming to embrace practicing parish clergy through the annual conference (“PEP-II”) and ad hoc diocesan and deacons’ conferences.